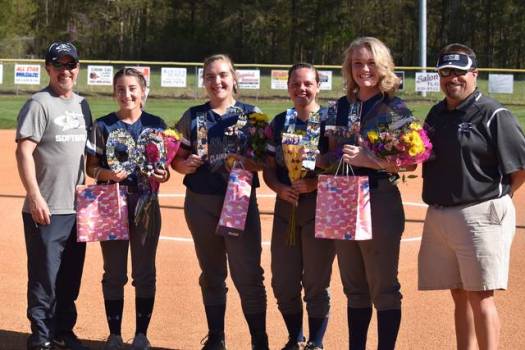 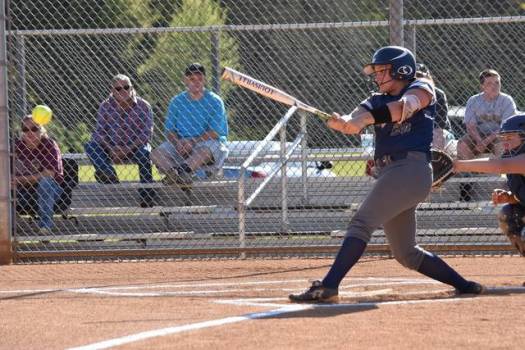 <p>Kaylee Elizabeth Cox was on fire while at the plate.</p>

The Claiborne High School Lady Bulldogs got ready to play West Greene by first celebrating their senior members in a tear-filled ceremony, April 30. These players were thanked for all their hard work that has allowed CHS to become a team now feared in district play.

Kaylee Cox doubled and scored two runs while Cupp reached on an error but her effort scored yet another run. The Lady Bulldogs placed two more on the board on a steal and a collision at home plate. Kaylee Cox tripled and added two more runs to the Claiborne total. LeeAnn Parker singled and then Kaylee Elizabeth Cox crossed the plate for yet another run to push the Lady Bulldogs advantage out to 9-0 after only one inning of play.

The Lady Buffaloes were pesky and were not going down quietly. They manufactured three runs during the top of the second to make the score 9-3.

It wasn’t until the bottom of the third that the Lady Bulldogs started adding more runs. Both Kaylee Cox and Kaylee Elizabeth Cox each had a triple, and a double from Isabelle Widner placed two quick runs on the board to make the score 11-3 as the fourth inning was coming up.

West Greene had no response and the Lady Bulldogs started scoring again this time with a Parker single that plated one run making the score 12-3. Still not enough, the Lady Bulldogs took a 12-3 game into the fifth and after a Kaylee Elizabeth Cox double and a West Greene bad throw, Claiborne finished the game with a 13-3 run rule victory.