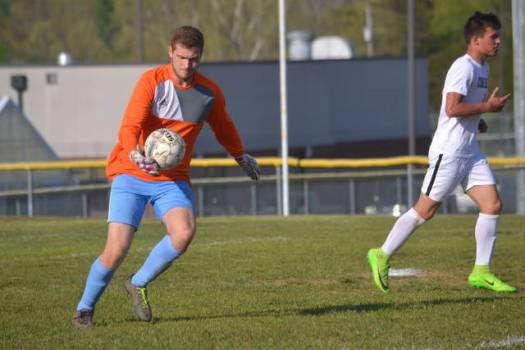 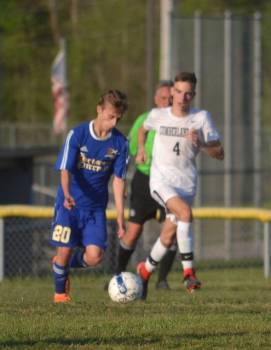 <p>Sophomore Drew Ramsey scored the lone goal for the Panthers.</p> 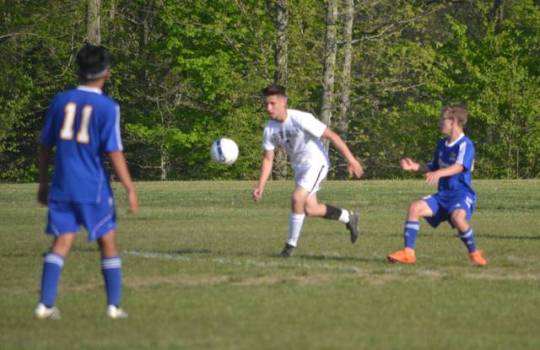 <p>Senior forward Jayson Upton was taken out of the game with an injury.</p>

The Cumberland Gap High School boys’ soccer team made history by going undefeated on the regular season this year.

This is the first time in school history that a soccer team — either boys’ or girls’ — has been undefeated, according to CGHS Athletic Director Delynn Cline.

The Panthers had one regular season game left May 4, against Gatlinburg Pittman High School’s Highlanders. Playing at home, the Panthers were tough — holding off a team determined to win.

GP’s Highlanders held the Panthers to no goals during the first half, and the Panthers returned the favor. In the second half, the Highlanders’ keeper got a red card after a play in which the refs determined he purposely took senior Panther forward Jayson Upton out with a knee to the ribs.

Upton was out for the rest of the game, but the Panthers stepped it up a notch — playing to win for their injured teammate.

Sophomore forward Drew Ramsey scored soon after, putting the only goal on the board for either team.

Panther senior keeper Jacob Bullins had 19 saves for the game.

“It’s difficult to have a perfect season, but we accomplished that,” said Coach Matt Neverstitch. “This team has played together for four years and you can see why all the hard work and the time and effort have paid off. You’ve seen that this season with a 12-0 record.”

“We are extremely proud of what they’ve accomplished,” said Cline. “It’s no accident — they’ve worked hard to achieve this.”

“We have more to do, more to accomplish, and we’re not done yet,” said Neverstitch after the GP game. “That season’s over with, the next season starts Tuesday.”