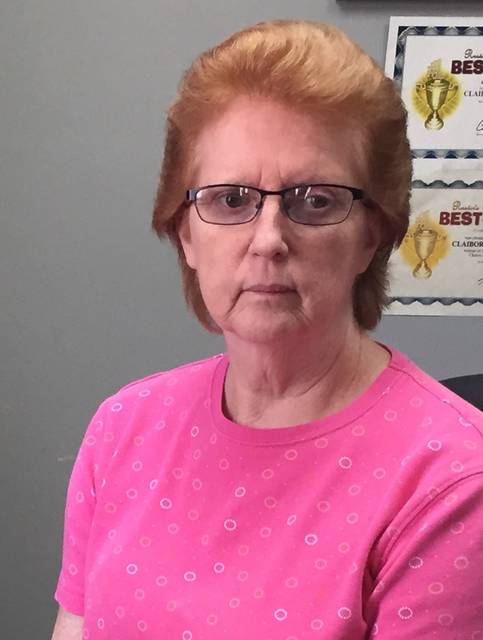 The true ‘personality’ at the Claiborne Progress is receptionist, classified advertising representative and all-around handy person Karen Rhymer, whose main job is to assist visitors as they enter the building.

Rhymer says she enjoys her position at the newspaper, in large part, because of the types of people who walk through the door.

“I meet or talk on the phone with interesting people almost every day. Some like to talk, and I learn a lot about the history of Claiborne County, especially from people who were raised in this area and moved away to find jobs,” said Rhymer.

The business college graduate began her career at the Progress in September 2010. A short six months later, our sister paper — the Middlesboro Daily News — was in dire need of a qualified front-desk person. The powers that be transferred the knowledgeable Rhymer, where she used her immense talents of organization and motivation to transform her new work area.

When the Progress lost its receptionist in December of 2015, Rhymer was moved back to her old stomping grounds. Using her organizational skills and personable presence, she soon had the office in tip-top shape.

A well-rounded individual, Rhymer enjoys a plethora of hobbies that include quilting, embroidery, needlework, crocheting and playing the piano. She also enjoys passing the time putting colored pencils to adult coloring books or playing along with her two favorite television shows, “Jeopardy” and “Wheel of Fortune.”

She has served as church pianist and treasurer and was a Cub Scout den leader. Rhymer also volunteered her time and talents as a band booster for the Powell Valley Indians.

She is well-traveled, having made several trips to Canada along with a couple of jaunts to Mexico. Rhymer has apparently been across the breadth of the country, having seen both the Atlantic and Pacific Oceans.

A 23-year cancer survivor, she says she “sees each day as a challenge.”

“I’ve been blessed with good health most of my life, and am thankful for that,” said Rhymer.

She and William “Bill” Rhymer have been married for 48 years and have one son, William Jr. The couple has a four-year-old granddaughter, Brianna Elizabeth, whom Rhymer says is “the joy of our golden years.”