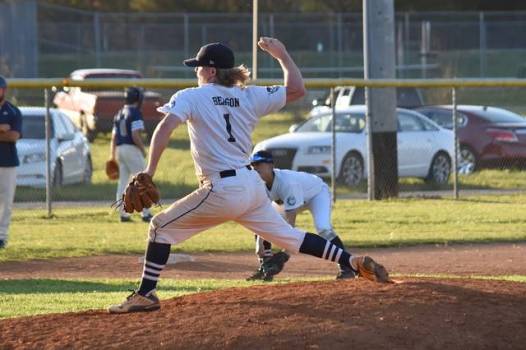 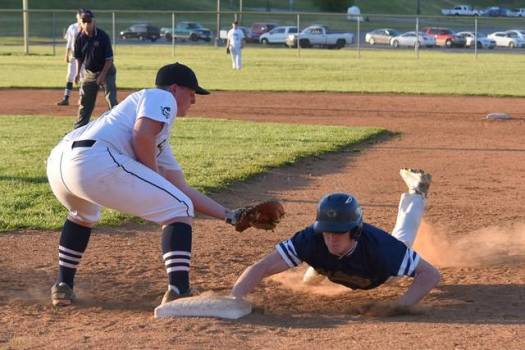 <p>Gage Callebs just barely misses the tag on a pick off attempt.</p>

The Claiborne baseball team has been struggling at the plate for the last few games and they were trying to get out of that slump April 30 as they battled West Greene. West Greene was picked by many to be the team expected to challenge for the Blue Ridge Athletic Conference tournament championship but the Bulldogs came in trying to prove that they were worthy of a mention.

CHS did play well through three quarters of the season but a series loss to Greeneville had them a visibly shaken team, especially at the plate. During the West Greene game at home, CHS played hard but couldn’t get the big hit to open up their offense. Faced with a three run deficit late in the contest they did not capitalize on a chance to tie. With two on base and the tying run at the plate the big hit never happened and they fell by the final score of 5-2.

They traveled to West Greene May 1 and lost in another low scoring affair that had Coach Stephen Foster saying, “We lost 4-2 and had the bases loaded twice. We had our big hitters at the plate but failed again to get that big hit.”

The Bulldogs faced off with the Chuckey-Doak Black Knights May 5 during the opening round of the 2018 Blue Ridge Athletic Conference district baseball tournament and they came away with a 9-6 victory that eliminated Chuckey-Doak from the tournament. They were scheduled to play again May 8. The tournament is being hosted by Lincoln Memorial University.