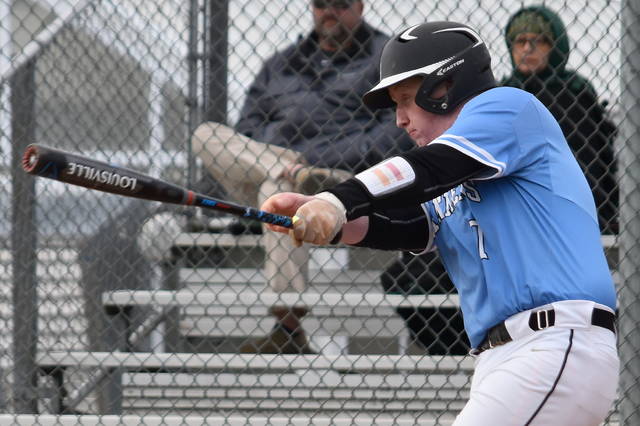 Darrin Robertson had a solo home run for the Panthers.

The Cumberland Gap High School Panthers baseball team got a big district win April 30 against Chuckey-Doak by the final score of 12-6.

This game was highlighted by Darrin Robertson’s solo home run and a total team effort at the plate by belting out 11 total hits on the way to victory. Brennan Murphy had over a dozen first pitch strikes and had four strikeouts which helped his team get the win.

A four-run sixth inning was led by Murphy, Michael Moyers, Matthew Massengill and Micah Cannon who all had RBIs to help pull the Panthers away from the Black Nights.

The Panthers played Grainger County during the opening game of the Blue Ridge Athletic Conference district baseball tournament May 5 and sent them home for the season with a 4-2 victory in extra innings. The Panthers were scheduled to play again May 7.