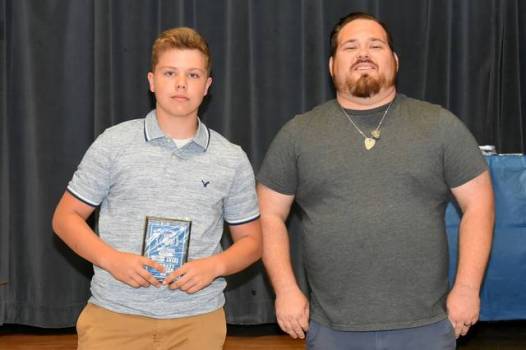 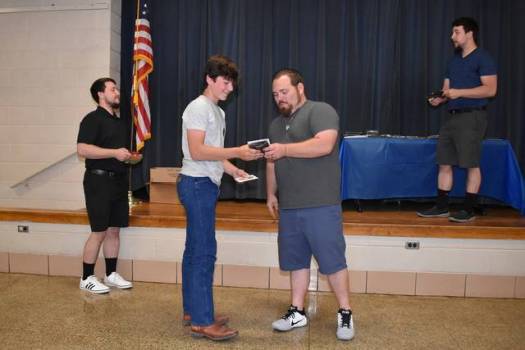 <p>Allen Earl | Claiborne Progress</p> <p>Many awards were presented by the coaching staff at the football banquet.</p>

The Claiborne Middle School football team held the 2017-18 football awards banquet, May 22, at the cafeteria in Soldier’s Memorial Middle School. The team gathered to hear head coach Asher Noe speak to them one last time as he announced that he would no longer be coaching the team due to the success of his construction business and the time crunch involved in both.

Noe thanked the players and then watched a highlight video before eating the dinner provided by Off the Hitch Grill.

Afterwards, the team was presented their awards with several receiving plaques for all district and/or all East Tennessee team selections. Other awards given out were citizenship, most improved and a special award presented to the one who fought through the most adversity — also known as the Bulldog award.

This athlete began the season with an injury thought to be season-ending but instead he was able to get back out on the field. Not only did he overcome his injury, he encountered a tragedy by the sudden and shocking loss of his his mother. That award was presented to Garrett Walker. His bravery through it all was inspiring to his coaches and teammates.

Noe thanked the athletes and encouraged the eighth-graders to enter the high school program as early as they could and thanked the parents for all of their hard work as well.