Opioid lawsuit gets the axe 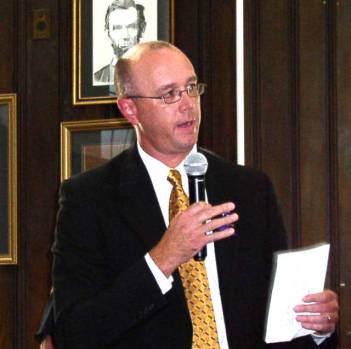 <p>Jan Runions|Claiborne Progress</p> <p>Jared Effler, attorney general for the 8th Judicial District, speaks on the pros of the opioid lawsuit the district is pursuing. He warns the county commissioners against filing a separate, individual suit.</p> 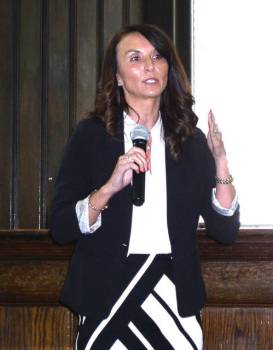 The Claiborne Commission spent a good chunk of its meeting last week hearing the pros and cons of a proposal to go after opioid manufacturers and distributors in an individual county lawsuit. This suit would have been separate from the one in which the 8th Judicial District is a part.

The Attorney General’s Office is currently working with other districts to sue drug manufacturers and the local doctors who allegedly over-prescribe opioids. This suit is using the Drug Dealer’s Liability Act as its basis.

Attorney general Jared Effler was given the floor to plead the case against filing a separate, individual suit that, if approved, would be brought solely by the county.

Also on hand was Crystal Jessee, attorney with the Greeneville-based Jessee Law Offices. She presented reasons why the county should undertake the separate suit.

Jessee’s suit would concentrate on the opioid manufacturers and distributors, using the RICO (Racketeer Influenced and Corrupt Organizations) Act as its basis.

The crux of the argument centered on whether two lawsuits dipping into one civil issue would benefit the county. Effler maintained that the separate suit could cause problems ‘on the end’ when attempting to collect the full payout. Jessee argued that the two cases are separate, which would mean full payouts on both suits.

“You have two lottery tickets here. And, guess what? The county doesn’t have to pay for either of them. So, why wouldn’t you take the opportunity from both of the lawsuits? Our lawsuit is completely different from any pending lawsuits, including Mr. Effler’s lawsuit,” said Jessee.

Suits against the manufacturers, she said, have been ongoing for the last 24 years.

Effler explained the reasons not to go ahead with the individual suit brought by Jessee.

“Yes, there’s no money on the front end, that Claiborne County would be charged. But, where you will suffer adverse consequences for doing so is on the end of this litigation. Claiborne County’s damages are what they are. It doesn’t matter what legal theory you fly under.

“If you’re involved in a car wreck, for instance, and your car is totaled, you don’t get to recover from two totaled cars,” said Effler.

Commissioner Danny Longworth asked if the two lawsuits were ‘chasing the same dollar.’

“Not necessarily,” said Jessee. “He isn’t filing (against) the distributors. He’s talking about ‘claim splitting’ as to the manufacturers. He can’t file against the distributors. We filed under racketeering. So, we’re not chasing the same dollar.

During the discussion, Effler pointed to the potential for added attorneys’ fees, if the county agreed to pursue the Jessee lawsuit.

“Where you will be harmed is, by those attorneys bringing on additional attorneys and the fees extracted from whatever recovery that Claiborne County might have,” said Effler.

During her rebuttal, Jessee reiterated that no recovery would mean no dollars spent in fees. If the suit is successful, the attorneys’ fees would be awarded separately, under the RICO Act. Or, worst case scenario, 30 percent would be sliced from the top of the gross recovery, she said.

“Whether you have two cars in a wreck or one car in a wreck, you can only be hurt one time. We’ve been hurt one time. And, because of this litigation and the status of it (the 8th Judicial District lawsuit), I agree that we are where we should be. And, we should decline to participate in the federal court (the Jessee lawsuit) litigation,” said Estep.

The debate continued on, until a vote was called to decide whether to vote on the issue. When the vote failed, the commissioners took a break.

When the meeting resumed, the commission voted on the proposal. The issue failed miserably with 20 to one against pursuing the individual litigation. Commissioner James Hatmaker, who agreed to sponsor the resolution, was the lone ‘yes’ vote. 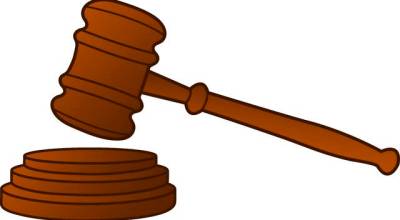