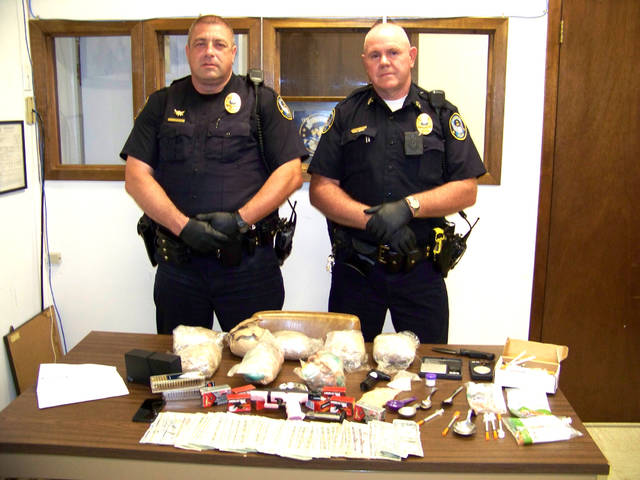 Photo courtesy of the TPD

A routine call from managers of the Imperial Inn Motel in Tazewell netted four suspects and a load of narcotics, drug paraphernalia and other items. Tazewell Police Sgt. Steven Murphy was dispatched on July 2 to investigate why a motel guest had not yet checked out of the room.

Upon arrival, the sergeant said he observed the guest conducting himself ‘in a suspicious manner’ and decided to investigate further.

Murphy discovered approximately 16 pounds of what is believed to be methamphetamine along with gabapentin, opana and numerous items of drug paraphernalia. The sergeant also seized a handgun and cash during his investigation.

Elphida Sweet was charged with possession of methamphetamine and a schedule V drugs for resale and possession of drug paraphernalia.

Sarah Jane Ramsey was arrested on nine outstanding warrants and Johnathan Sutton was transported to jail on an outstanding criminal court capias.

Gonzales is currently incarcerated on a $25,000 secured bond. He is under a Do Not Release Order – hold for the Drug Enforcement Administration (DEA).

Sweet was released the following day on a $2,500 secured bond.

Ramsey also made bail and was released the next day on a $1,000 secured bond.

Sutton is currently in jail awaiting a hearing in Criminal Court.