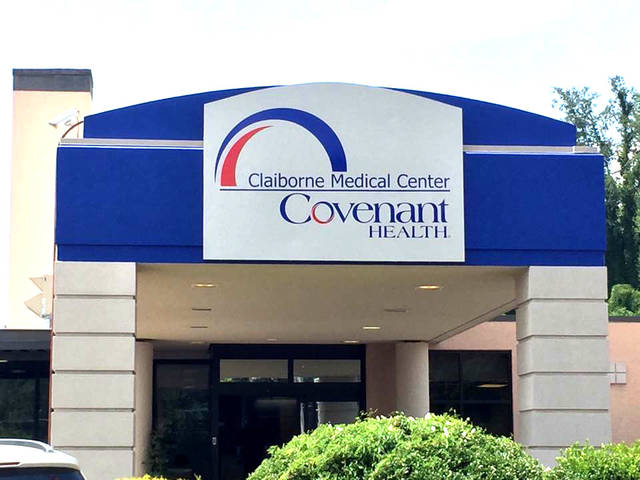 The Claiborne Medical Center (CMC) is using a cutting-edge protocol that only 21 other hospitals across the state are currently utilizing. The program allows patients to enjoy reduced time spent recovering from surgery and alternatives to opioid use for post-operative pain. A pleasant side-effect of the protocol means less dollars being paid out for the qualifying procedures.

The use of ERAS (Enhanced Recovery After Surgery) is allowing patients to go home from surgery much sooner than with traditional protocols. And, far fewer patients are forced to return to the hospital due to post-op complications.

The ‘patient experience’ is also greatly improved when using this protocol over the traditional one. Those using the traditional protocols consistently present substantially higher instances of venous thromboembolic events and surgical site and catheter associated urinary tract infections.

ERAS has also shown increases in early mobility and restoration of function after surgery. Those using the protocol also avoid prolonged periods of fasting associated with traditional surgeries.

Wilmoth, who is credited for bringing ERAS to CMC, says the outcomes have been nothing short of amazing.

Someone undergoing traditional elective colon surgery, for instance, would average a seven-day hospital stay. Under the ERAS protocol, those same patients could average just 1.7 days in hospital, he said.

According to Day, patients are enjoying very little ‘down time’ once they return home from these surgeries.

“We did a follow-up call to one patient, and he had to climb off his tractor to answer the phone. He was already back to work in the field. I had one fellow whose wife had to get him out from under his car, where he was fixing it,” said Day.

In 2017, 16 patients underwent colon surgeries using the ERAS protocol. This year, Day says the team would like to start using the protocol with hysterectomies, colon resections and for those presenting with bowel problems or facing hip or hernia operations.

Wilmoth first learned about the program some seven years ago while attending a meeting of the Tennessee Chapter of the American College of Surgeons.

“At that time, we were able to apply and receive about $150,000 in grant money to implement the NSQIP (National Surgical Quality Improvement Program). That was a big deal for us, because being in a small town – even though we feel we have good surgical outcomes – the perception is ‘bigger hospital, better care,’” said Wilmoth.

Statistically, the hospitals that are part of the NSQIP perform about 60 percent of all surgeries within the state.

“This program gave us a way to compare apples to apples. You look at about 30 different preoperative patient characteristics – risk factors for complications from high blood pressure, heart disease, what their lab values are – their height and weight,” said Wilmoth.

After surgery, those patients are followed for 30 days to determine just what, if any, complications might occur, he said.

“What we found was, we actually performed very favorably compared to the other 21 hospitals in the state who are participants,” said Wilmoth.

He says the quarterly meetings allow input from bigger hospitals.

“We’re able to take the experience from that group and say ‘okay, we can do this here at our small hospital,” said Wilmoth.

Some of the steps taken prior to the actual surgery include insuring the patient is mentally ready.

“Historically, they’re probably expecting to stay about a week in the hospital, where they can give themselves narcotic pain medicine. They may or may not plan to get up out of bed a day or two after surgery. They might have a tube in their nose and nothing to eat or drink after midnight before the surgery.

“With the patients undergoing ERAS protocol, we’re telling them we’re not going to use much, if any, narcotic medication. But, we are going to use other pain meds. We’re not going to make you 100 percent pain-free but, we’re going to control your pain in ways to avoid the harmful side-effects of opioid use and possible addiction.

“We’re going to let you drink Gatorade up to two hours before your surgery. That is a way of tricking the small intestine into not realizing it’s going to go to sleep for a little while. So, it doesn’t stop working after surgery,” said Wilmoth.

Post-operative nausea prevention patches are a part of the protocol. Pre-operative procedures include a Tylenol and Neurontin cocktail to help combat pain, before it begins.

“We let them know we want them up and walking immediately after surgery,” said Wilmoth.

Day spoke of the small number of hospitals, nationwide, who are a part of the collaborative.

“When you think about that – we are one of about 2,000 hospitals across the country – that is a big deal for as small as we are,” said Day.

“Over the last six years, any publicity the hospital has gotten hasn’t exactly been positive. You hear about smaller hospitals closing, all the time. That’s had its impact on this hospital, as well. In the public eye, when a hospital isn’t doing so well, the patients feel like they’re not going to get good care.

“What I’d like the public to know is, even though we’re a small hospital, we’re one of the ‘thought leaders’ and high performers in the state. Part of that is, because we provide good care and we have a pretty good handle on what we can take care of and what we can’t,” said Wilmoth.

The Claiborne Medical Center was one of the first hospitals, Day said, to start ERAS.

“As a smaller hospital, we didn’t have as many ‘hoops to jump.’ We didn’t have to go from committee to committee and convince each committee that this is what we should be doing. Whereas, places like U.T. and Fort Sanders have to do this ‘song and dance’ in order to start a new protocol,” said Day.

There were definite monetary savings for those patients who underwent surgery using the ERAS protocol.

Day used the records of ten patients – five using the traditional protocol and five using ERAS – to compare the costs. She made sure to use those patients that presented with similar health issues. She also made sure none of the group had had any post-operative complications.

Her study used three areas – length of stay and fluids and medications used. The average length of stay was 4.8 days using the traditional protocol. The ERAS patients stayed in hospital an average of just 1.8 days.

The study showed a reduction of $2,890 in costs to the ERAS patients, when comparing lengths of stay. Those patients also saved $258 in fluid use, when compared to the traditional protocol.

However, ERAS cost an average of $239 more than did the traditional protocol, when comparing medication use.

According to the study, ERAS saved patients an average $2,909 in overall costs, when comparing these three areas.

The ERAS program is a combined effort of the American College of Surgeons and Johns Hopkins Medicine – Armstrong Institute for Patient Safety. Funding is through the Agency for Healthcare Research and Quality (AHRQ).