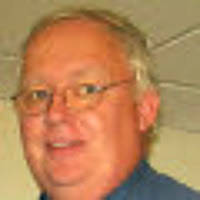 People know right from wrong. With all the evil going on in the world it does not seem like people know right from wrong, but they do. The whole reason we are all sinners is that Adam and Eve disobeyed God and ate from “the tree of the knowledge of good and evil” (Genesis 2:16-17, 3:1-11). That tree gave us the knowledge of good and evil, in other words, right and wrong.

Now we come to an age-old question – Is it right to do a bad thing to get a good result? For example: stealing a loaf of bread to feed hungry children.

Being a pastor, I receive the occasional phone call, usually from a stranger, asking if I can perform a wedding ceremony. I always ask if both the future bride and groom are saved (2 Corinthians 6:14). I cannot count the number of times a woman has told me, “I am. My fiance is not, but I can win him to the Lord after we’re married.”

Every time, the woman’s train of thought is – once the man sees her live the Christian life, observing her excellent behavior, answers to prayer, hearing all those sermons from being in church every Sunday, then before long his heart will melt, and he will run to the altar of grace.

These women are trying to do something good – bring someone to salvation – by doing something sinful – being unequally yoked with an unbeliever (2 Corinthians 6:14). There must be some examples of this working someplace, but in my years as a Christian, I have never seen one. I have seen where one spouse gets saved after marriage, and the other does so sometime later, but never when a professing Christian marries someone who makes no claims of Christianity.

King David tried to do the right thing – bring the Ark of the Covenant to Jerusalem – but he went about it all wrong, and it cost one man his life.

The story of David’s first attempt to move the Ark is recorded in 1 Chronicles 13. David placed The Ark on a cart pulled by oxen for the nine-mile trip to Jerusalem. During the journey, the oxen stumble and Uzza, one of the two men walking alongside the wagon, reaches out and grabs the Ark in an attempt to keep it from falling. The instant he touches the Ark, God kills him.

David had good intentions. He wanted to place the Ark where God wanted it to go – Jerusalem. Uzza had good motives – he did not want the Ark to fall off the cart. Both men wanted the right thing, but both disobeyed God trying to get it done. In other words, they attempted to do the right thing the wrong way.

God gave Moses the instructions for transporting the Ark in Exodus 25:10-16. The ark had rings in the four corners, wooden staves overlaid with gold were placed within the rings, and it was to be hand carried. Later, God gave Moses further instructions about the handling and the transportation of the Ark in Numbers 4:15. The Kohathites from the tribe of Levi were to move it and touching the Ark of the Covenant was punishable by death.

The death of Uzza put fear into David’s heart. 1 Chronicles 13:12, “And David was afraid of God that day, saying, How shall I bring the ark of God home to me?” David not knowing what to do at the moment takes the Ark to the nearby home of Obededom where the Ark remained for three months.

If David disregarded the law of God given to Moses about the moving of the Ark or if he was ignorant of God’s requirements the Bible does not tell us, but by the time 1 Chronicles chapter 15 rolls around David is determined to do things God’s way. He moves the Ark by having the Kohathites carry it.

Often, in our Christian lives, we act as if the ends justify the means. In David’s case, the ends were to get the Ark to Jerusalem, and the means to do so was to carry the thing on an ox-driven cart. David’s methods resulted in one man dead and the Ark, not in Jerusalem.

God wants us to do things His way, and He will take care of the results. It is not the ends justifies the means – it is I’ll do the means God wants, and God will accomplish His purposes. As Paul put it in 1 Corinthians 3:6, “I have planted, Apollos watered, but God gave the increase.”

About stealing a loaf of bread to feed hungry children; take a good look at Ephesians 4:28.