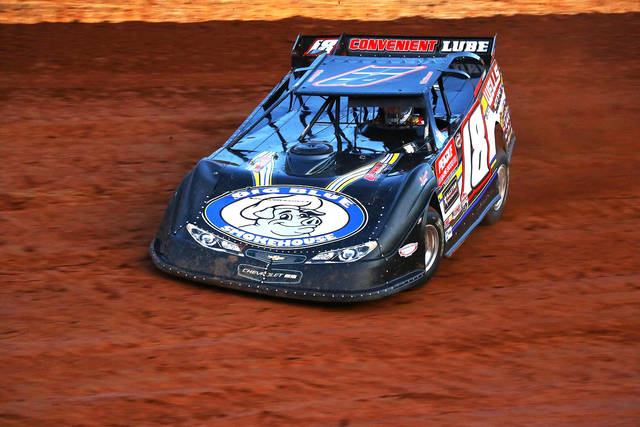 Eric Wells was the winner of the Schaeffer’s Oil super late model feature.

Tazewell Speedway brought the fireworks to the area July 3, by bringing the Southern Nationals Bonus Series into town for a night of great super late model racing action.

There are several traditions around Claiborne County during the Fourth of July Independence Day celebrations. One such activity is an annual series event at the Taz which always features fireworks on and off the track. Schaeffer’s Oil brought the heat to the Taz as Hazard, Kentucky driver Eric Wells took home a nice $5,000 payday after taking the checkers.

In the Brucebuilt Iron-Man Modified Series feature, it was Ricky Arms, Chase King and Clayton Miller finishing in the top three spots.

During the Sportsman feature, Aaron Guinn, Zach Sise and John Parrott were the top three finishers while Jonathan Miracle and Josh Sneed finished out the top five.

History was made during the Four Cylinder feature when Chuck McMahan won his 75th career win. He finished ahead of Chad Manning and Joey Allan.

The fireworks on the track and in the Cave Springs sky continues to be a tradition race fans just love to be part of despite the steamy summertime temperatures. For more information on upcoming events log on to www.tazewellspeedway.net or call 423-626-2222.