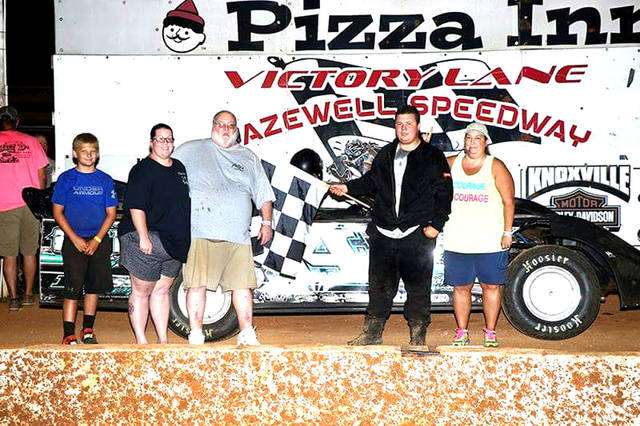 Only days after being featured in the Claiborne Progress series “Turning Wrenches, Chasing Dreams,” Odie Overholt broke through with his first career victory at the age of 16. According to track officials, he is the second youngest to ever win a feature with Jordan Horton being the youngest at 15.

Overholt took the checkers during the Sportsman feature.

During the Four Cylinder feature, Rufus Collett scored his very first victory. Kevin Smith was best in the Street Stock feature and John Stevens grabbed the checkers again in the Classic Car feature.

For more information on scheduling and all things Tazewell Speedway, log on to www.tazewellspeedway.net or call 423-626-2222.