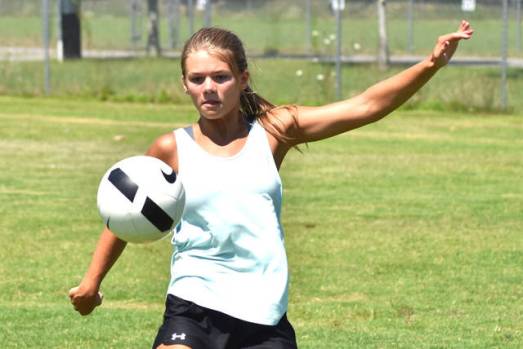 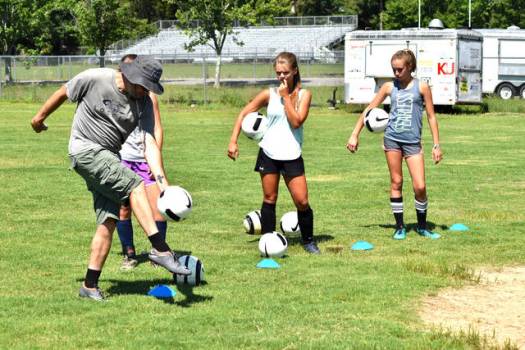 The two-week dead period is officially over, and now the local sports teams will be all over the fields practicing for the upcoming season. Jeff Sorke, head coach of the Claiborne Lady Bulldogs soccer team, is busy working his team out and his 29 players are just getting back out on the pitch.

The days are hot and the practices are tough, but his team consisting of six seniors, six juniors, six sophomores and 11 freshmen are out there trying to improve. The Lady Bulldogs are trying to get over the proverbial hump and begin competing with and defeating some great teams in their district.

“We lost a great group of seniors from last year but have a great group for this season,” said Sorke. “Our juniors are much improved, our sophomores are improved and there will be several freshman battling for playing time.”

There are enough players to have a junior varsity team which will allow the underclassmen some important playing time as they try to push the team to become more competitive.

“We will have a junior varsity team this season to help get some of the inexperienced players some time on the field. Overall, we will be better technically (and) have better overall team speed,” said Sorke. “We believe we will have a great season.”

Sorke then spoke of the competition.

“The district will be better overall this season too. Everyone will see improvement. We have a tough schedule, play state runner-up Chuckey-Doak, play at Knoxville Central, at Harlan County, Kentucky and at Cumberland Gap. The team has lots of promise now, but we just have to put lots of work in to realize it.”

The first game of the season will be against Cherokee on the road Aug. 14. The Lady Bulldogs will host a pre-season jamboree Aug. 4 with a dozen teams participating.