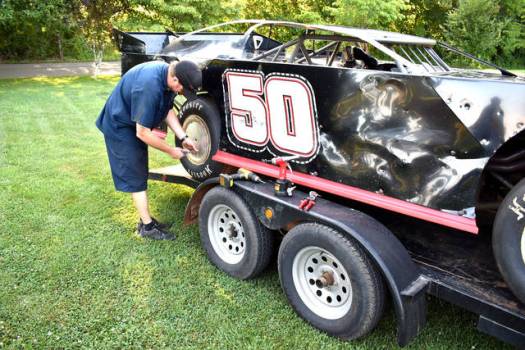 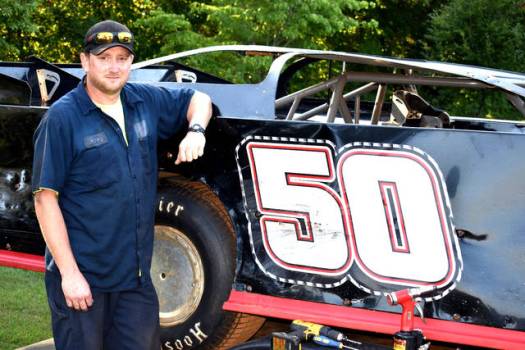 <p>Allen Earl | Claiborne Progress</p> <p>Jonathan Miracle runs the No. 50 as a tribute to the birth year of two family members.</p> 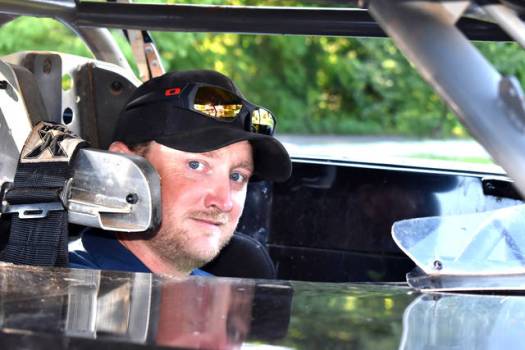 A teenager in Cave Springs learned to drive at Tazewell Speedway. This young man became a race winner at the Taz and a seven-time champion.

Jonathan Miracle learned to drive at Tazewell Speedway. It wasn’t in a race car but the water truck. David Pierce let Miracle jump in the truck and turn countless laps while watering the clay. This likely didn’t help him win when it came to racing, but it sure did send him down the path to becoming one of the best at the high-banked speedway.

Miracle was 17 when Ray Eads offered him a car to begin his racing career against the best wishes of his parents Arlis and Velma Miracle.

“I actually begged him not to give him that car, but Ray told me not to worry and that it would keep him out of trouble,” said Arlis.

It was that car that Miracle learned what racing was all about. He learned the hard work it took and wasn’t afraid to get his hands dirty. Miracle wanted to compete, and he spent countless hours learning about the race car and racing in general.

His first car was a Chevrolet Monte Carlo he built in 1998 and would later turn it over on the race track. Miracle never won in that car. It was a learning experience, but he had a few top five finishes. He stayed in that car for two season before going to a Buick Regal.

Miracle raced the Regal for two seasons and figured out what it took to win. He would then go back to a Monte Carlo and race in the Modified Street class winning six races.

The 2007 season was special for him as he won his first championship in his own equipment after a 2006 season driving a car for Jason Sizemore. Returning back to his own cars was a blessing because he won 16 races that season. When the track gave away a Harley Davidson in a drawing of champions that year, he won that too.

He didn’t race much in 2008 but was able to still win a few Pure Street features.

Miracle joined Thomas Noah as a driver in 2009, and they kept it going winning races and championships up until the 2013-14 season.

During that time, Dennis Whitaker needed a driver for his iconic Dodge truck and for two seasons the combination was special. They won 22 races and two back-to-back championships.

It was during the 2015 season that Miracle began racing late model race cars. In a Rayburn chassis, he was able to get some great top five finishes, but it was the following year when he broke through and won his first race in the late model Sportsman class.

Miracle won six races including the biggest race he has won to date — a $1,000 to win race at the Taz.

Last season he suffered a hand injury and didn’t race much, but it was his last in the 2006 Rayburn.

In 2018, he began splitting time between a crate late model for Sam Phillips and his own Sportsman car. Miracle likes the challenge of crate racing and has this to say about it, “That car has more modern racing stuff under it. It’s so much more than what we are allowed to run in Sportsman, but the major difference is the closeness. They are all great cars and the qualifying is as under a half second a lot of times from the front to the rear of the field.

“The crate car is hit and miss for us. We are still learning but do have good days and bad days. The biggest issue is that we are starting to travel and we have to start with a blank page in the notebook so to speak,” said Miracle.

When asked about his plans in five years, Miracle said this, “Well, I want to still be racing and winning in the crate car; maybe even a championship. I just really want to still be having fun and traveling.”

His favorite moment in racing was the $1,000 win because it was against his friend Clyde Overholt, and they went side by side most of the race. His least favorite was flipping the car during a championship run and all the extra work it took to get back and win the title.

In total, Miracle has won nearly 100 feature races and seven track championships making him one of the best to ever turn laps on the high-banked speedway. His goal is simple, to win races.

“I will know it’s time to quit when I feel that I can no longer compete to win,” says Miracle.

Jonathan Miracle is still turning wrenches and chasing dreams even though he has little left to prove.