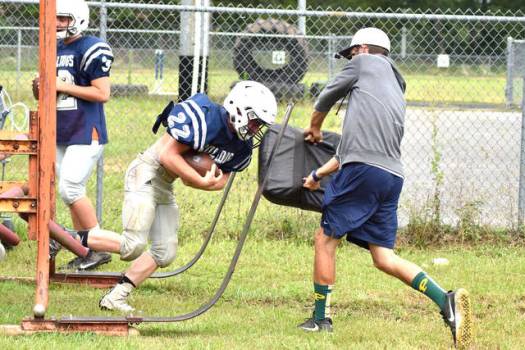 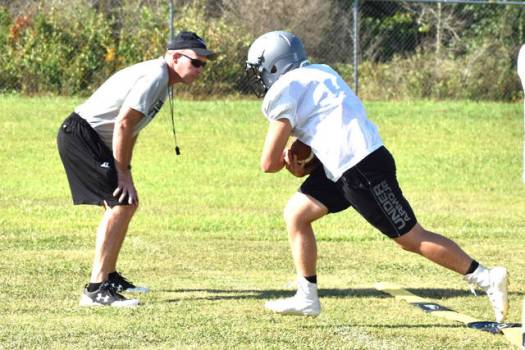 <p>Allen Earl | Claiborne Progress</p> <p>Panthers coach DeLynn Cline shows his young players the process of keeping the head out of the tackle.</p>

Both Cumberland Gap and Claiborne high schools are currently practicing for the 2018 football season. They have to brave the heat and high humidity as they work on fundamentals of the game and try to infuse the new athletes into the system at a fast pace.

The Panthers have a strong number of players taking the field for practice while Claiborne’s numbers are down slightly. With both teams making the playoffs last season, it’s not surprising that they are trying to work hard to get back and advance.

It’s less than a month from the 2018 high school kickoff games, and the teams will begin scheduling scrimmages soon to make sure the team is ready for season action. Panthers coach DeLynn Cline is optimistic about the season, and Bulldogs coach Nathan Medlin also seems ready to face the challenge that 2018 will bring.

Both teams have a tough schedule and are patiently awaiting Oct. 19, where the two rivals will battle once again. During last season’s rivalry game, the Panthers were able to end the Claiborne winning streak in one of the best all-around rivalry football games ever played.

There will be a special section in the Claiborne Progress soon with previews of both teams.