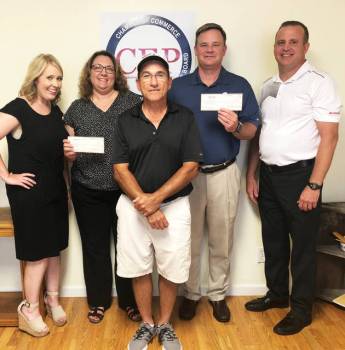 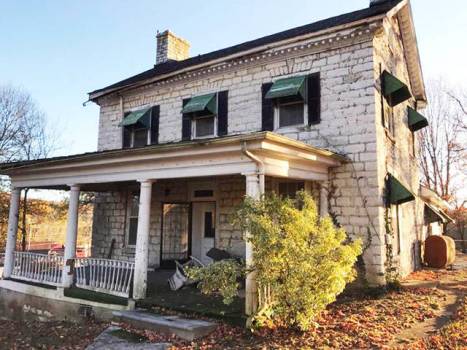 <p>Courtesy photo</p> <p>The historic Graham-Kivett Home is in the early stages of a major restoration effort by the Claiborne Chamber of Commerce/Economic & Community Development Board. The home sits at the corner of Main St. and Kivett Drive in Tazewell.</p>

The project to restore the historic Graham-Kivett house was just given a monetary shot in the arm, courtesy of the Claiborne Chamber of Commerce and the Economic & Community Development Board (ECD).

The historic home, thought to be the oldest standing structure in the county, sat empty for a decade before its purchase last year due to a “cloudy” title.

When the late John Kivett passed away, true ownership of the home remained in question. Apparently, the matter was cleared up and the county was able to move forward with the tax sale.

The home, built in 1810, is currently listed on the National Historic Registry. The now “clear” title allows the ECD to apply for grant funds to help restore the building. Application for a $75,000 State Tourism Grant was submitted early this year.

Rumors of an overnight stay in 1862 by General Ulysses S. Grant continues to be researched. If the rumors prove to be true, this could open up a plethora of federal and state grants to help restore the home. If true, the home could be a major magnet for tourists from across the country and around the world.

The Chamber and ECD Foundation held its annual Woodlake Golf Tournament on June 14. Proceeds from the event were distributed to two worthy causes.

According to the Chamber, the Foundation presented two checks in the amount of $2,012.48 — one to the Graham-Kivett Restoration Project and the second to those working to establish a Boys & Girls Club of Claiborne County.

“We are already in the planning stages for next year’s event and hope to be able to raise even more money for such worthy causes,” said Anna Beth Walker, office coordinator for the Claiborne Economic Partnership.

The Chamber and ECD would like to sincerely thank everyone who contributed to the success of the event.

For more information or to support the Graham-Kivett Home Restoration Project, contact Rob Barger at: robbarger@fcbtn.com.

To learn more about the project to bring the Boys & Girls Club to the county, contact Kim Bolton at: kim.bolton@ws.edu.