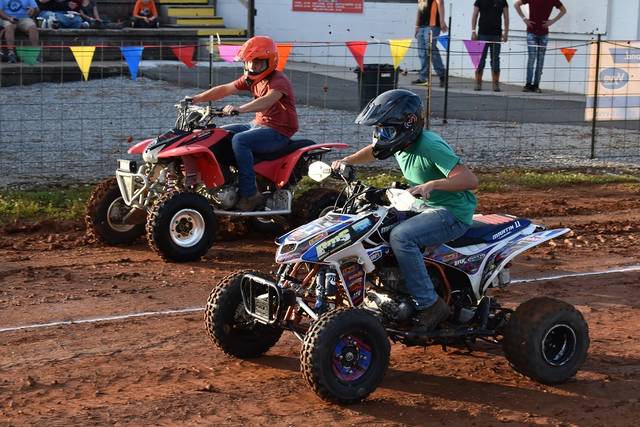 Tazewell’s own “Bull” Parker on the white ATV took the win in the stock class.

The Claiborne County Fair Association tried a new motor sports this year. The drag racing ATV’s and side by side were expected to put on a great show and they did just that. From the side by sides to the radical outlaws, these vehicles ripped down the tractor pull area at extreme speeds. Some of the runs ended as close as inches at the finish line. The crowd seemed to love the noise, power and speeds which were heard over the screams and shouts of the midway.

The race officials placed the field of vehicles into three categories Outlaws, Side By Side and Stock. The winners in each class was Dillon Smith, Cory Gregory and Bull Parker respectively.

The Claiborne County Fair Association mostly used this as a trial event and it absolutely lived up to the expectations.