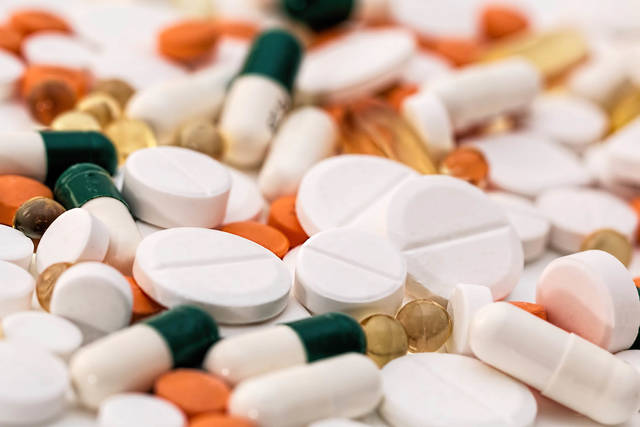 There could be a significant reduction in the amount of opioids manufactured across the nation, if certain federal agencies get their way. The Department of Justice and the U.S. Drug Enforcement Administration (DEA) are proposing cuts by one-third of opioid prescription fills within the next three years – an idea similar to president Trump’s “Safe Prescribing Plan.”

If adopted, the proposal would decrease the manufacturing quotas for the six most –frequently misused opioids by an average 10 percent, possibly as early as next year. The agencies believe this would help reduce the amount of drugs that are potentially diverted for trafficking and used to facilitate addiction.

The DEA considers data from many sources when it sets the aggregate production quotas. The agency looks at estimates of legitimate medical needs from the Food and Drug Administration (FDA) and the amount of retail consumption based on dispensed prescriptions. The DEA also considers drug manufacturer disposition histories and forecasts and studies the data from the DEAs own internal system which tracks controlled substance transactions and past quota histories.

For instance, the aggregate production quota for fentanyl was 2.3 million in 2016. The next year, that number was reduced by 41 percent. This year, it was expected to be reduced by another one percent.

If adopted, the plan would allow an extra 12 percent of the aggregate production quota to be shaved off the total, bringing it to 1.185 million.

The proposal calls for an overall decline of 44 percent in the aggregate production quota for the six targeted opioids – from a high in 2016 of 303.3 million to a proposed low of 169.87 million in 2019.

The hope is that, ultimately, the revised limits will encourage vigilance on the part of opioid manufacturers and help the DEA respond to the changing drug threat environment. Proponents believe the new quotas will allow manufactures to continue providing the country with enough opioids for legitimate medical, scientific, research and industrial needs, all while protecting citizens from potential addictive drugs.

“We’ve lost too many lives to the opioid epidemic and families and communities suffer tragic consequences every day,” said Uttam Dhillon, acting administrator of the DEA. “This significant drop in prescriptions by doctors and DEA’s production quota adjustment will continue to reduce the amount of drugs available for illicit diversion and abuse while ensuring that patients will continue to have access to proper medicine.”

J. Douglas Overbey, U.S. attorney for the eastern district of Tennessee, says he fully supports the goal to reduce opioid manufacturing rates in 2019.

“Our communities are currently facing the deadliest drug crisis in American history and Tennessee has already been established as an acute ‘hot spot’ for prescription opioid abuse and opioid overdose deaths. Reducing the availability of powerfully addictive prescription opioids will help our efforts to combat this growing opioid addiction crisis and save lives.”

Attorney general Jeff Sessions agrees that the opioid epidemic the country is facing today is the worst drug crisis in American history.

“President Trump has set the ambitious goal of reducing opioid prescription rates by one-third in three years. We embrace that goal and are resolutely committed to reaching it.

“According to the National Prescription Audit, we have already made significant progress in reducing prescription rates over the past year. Cutting opioid production quotas by an average of ten percent next year will help us continue that progress and make it harder to divert these drugs for abuse. The American people can be confident that federal law enforcement and the Trump administration are acting to protect them from dangerous drugs. These smarter limits bring us one big step closer to President Trump’s goal of finally ending this unprecedented crisis. I congratulate acting administrator Uttam Dhillon and his team for taking action,” said Sessions.

Once the aggregate quota is set, the DEA allocates individual manufacturing and procurement quotas to those manufacturers that apply for them. The DEA may revise a company’s quota at any time during the year. For instance, if change is warranted due to increased or decreased sales or exports or if new manufacturers enter the market. New product development or product recalls would also qualify for a revision.

When Congress passed the Controlled Substances Act, the quota system was intended to reduce or eliminate diversion from ‘legitimate channels of trade’ by controlling the quantities of the basic ingredients needed for the manufacture of controlled substances.

In 2016, the Centers for Disease Control and Prevention issued guidelines to practitioners recommending reductions in opioid medication prescriptions for chronic pain. In the last several years, the DEA and its federal partners have increased efforts to educate practitioners, pharmacists, manufacturers, distributors and the public about the dangers associated with the misuse of opioid medications and the importance of proper prescribing.

The DEA establishes an aggregate production quota for more than 250 schedule I and schedule II controlled substance, annually.