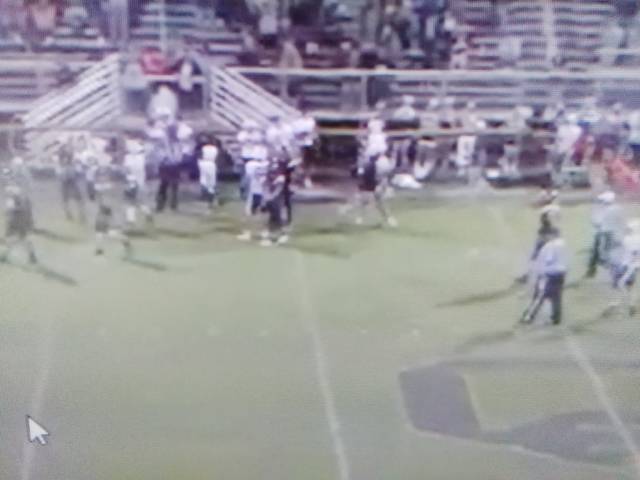 A video has been provided that clears Claiborne High School players and coaches from most of, if not all, allegations made against the football team in an article by a Knoxville, Tennessee newspaper.

In the article the newspaper was provided information from an Oliver Springs coach and later an unnamed TSSAA official report was sent to CHS that stated that CHS players came off the bench and Bulldogs Head Coach Nathan Medlin went after an opposing player and cursed at an official. The video provided by scouts filming for an upcoming game clearly shows no players coming off the bench and Medlin only went after his players to keep them from inflaming the situation all the while having his back turned to the opposing player. The play in question can be seen around 2:15 in the video that features a number of plays and penalties that created a situation where the game was ultimately called. Medlin grabs two of his players in his arms and pushes them 10 yards away from where the play stopped.

CHS Athletic Director Jeff Stephenson contacted the media outlet upon obtaining the video and in an email to them addressed each and every allegation made against the team, fans and players. “We did have a fan thrown out from the game but he only stated his displeasure with the official and was in the wrong place at the wrong time. The video clearly shows Coach Medlin running on the field only to get his players off the field away from the opposing players and no Bulldogs left the bench area,” said Stephenson. He added, “Medlin was also accused of cussing an official but video did not show an official being talked down to or a penalty flag would have been thrown and Medlin ejected but that never occurred.” Stephenson said, “We did have an incident where one of our fans yelled something inappropriate at an opposing team member and that will be addressed soon. There is no excuse for that and we will not allow our fans to do such.”

Medlin also addressed the article and had this to say, “When I spoke with the writer of the article I asked why they did not contact me after the game for my side of the story and they said that they had tried to contact me just after the game. I guess we were on the bus at that time and couldn’t be reached but I should have been contacted before they ran such a one-sided article. As the video shows, my team did not come off the bench and I went after my players so they wouldn’t do what teenage boys would do. We were not angels that night but we are being made out to be a bad team with bad coaches and we are not that all.”

He then addressed the accusation of cursing the official, “I was upset when they told me they were calling the game and I did say that if they had taken charge of the game from the start that we would have never reached that point. I then turned away and tossed my headset which I knew right at that moment I shouldn’t be doing that but it was just so frustrating to me. I know Stephenson and I will have a talk about that.”

When asked if he wanted to add anything Medlin stated, “I know they probably won’t offer us an apology but I hope for our school and our team that the Knoxville News will offer one. We have a great team and great coaches and the article portrayed us in a very bad light.”

For more on this story, pick up next week’s print edition. The entire video will be posted to the Claiborne Progress Facebook page.