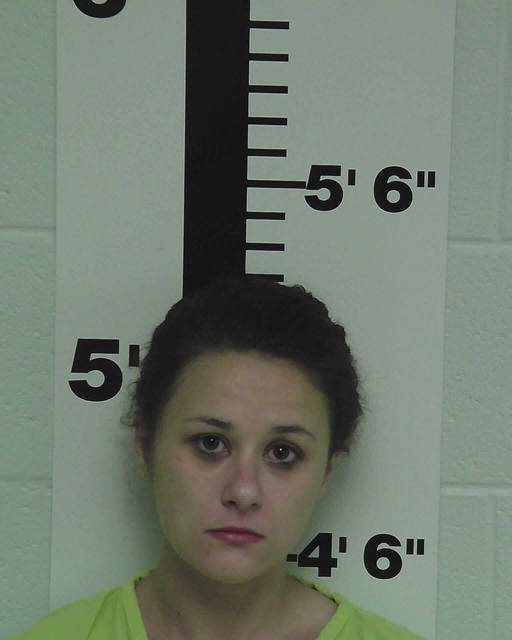 One of the defendants in what has become known as the ‘Clairfield 6’ murder case was convicted on Oct. 31 during a long-awaited jury trial in Claiborne County Criminal Court. The case has dragged on for nearly three years, during which plea deals were struck by some of the alleged participants.

Hurst is currently lodged in the Claiborne County Jail, having had her bail revoked by trial judge Shayne Sexton.

A call came in shortly before midnight on Nov. 26, 2015 involving an alleged attempted rape. Sgt. Jason Henegar and deputy sheriff Blake Laws responded to Tracy Branch Road in Clairfield, where they spotted Hurst walking along the roadway.

According to the CCSO Incident Report, Hurst told the officers an “older white male” she did not know had stopped and offered her a ride. After traveling a short distance, Hurst claimed in her initial statement that Gully pulled the vehicle off the road, coming to a stop.

Hurst told the officers that Gully pulled his vehicle back onto the road and drove off.

Around 1 a.m., the officers took a second call involving a man who was found by a Clairfield resident, bleeding and obviously beaten, laying on the front lawn of the residence. Upon arrival, the officers found Gully, deceased.

“The victim’s head and face had bruising, he was bleeding from his right ear and had multiple bruises and swelling about his head and face,” reads the report.

The second call was apparently made by Tommy Lynn Hurst, 53, who was later indicted along with the other suspects in this case. According to the report, Hurst said he had been awakened by loud noises coming from outside his home.

He said he looked outside and saw two males and three females kicking Gully, who was on the ground.

Hurst said he saw a man and woman pulling items from the victim’s pockets. When they saw Hurst, the group ran off in different directions, according to the report.

At the time of the investigation, Hurst tentatively identified his niece, Vanassa Hurst, as one of the members of the group. He also identified Kayla Partin and her brother, Brandon Partin.

Deputy sheriff Carl Mozingo located Gully’s vehicle parked in a church lot near the Tennessee/Kentucky border. The Ford Explorer had a freshly broken passenger side tail light and items strewn about the ground. There were signs of a struggle in and nearby the vehicle, the report states.

Vanassa Hurst was transported to the Claiborne County Jail on an investigative hold.

According to the incident report, Hurst later confessed that she had made a false report during her E911 call. She stated she and Kayla Partin had voluntarily been with Gully, earlier in the evening.

The state was represented during the trial by district attorney general Jared Effler and assistant attorneys general Graham Wilson and Matthew McClung.