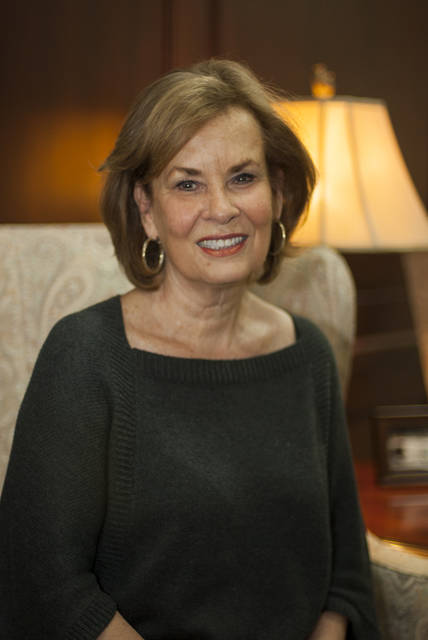 Eleanor Yoakum is the grand marshal for the 2018 New Tazewell Merchants’ Parade.

What would the holidays be without the parade. This is the 45th year that the well-loved event has been meticulously planned, and it promises to be as much a fun-filled day as ever.

The parade is now under the helm of Byron Ament, president of the New Tazewell Merchants’ Association. The event will kick off at 1 p.m. on Nov. 17. Leading the procession will be this year’s grand marshal Eleanor Yoakum, who happens to be chairman of the board of the 2018 honored merchant – First Century Bank.

A lifelong community activist and veteran banker, Yoakum is a graduate of East Tennessee State University, where she earned a degree in Speech and Hearing Therapy.

She has also been a member of the Tennessee Higher Education Commission, the East Tennessee State Foundation and Alumni boards, and the St. Mary’s Hospital Board.

Yoakum also sat on the Board of Professional Responsibility, serving as vice-chairman in 2015. She served as president of the Walter State Foundation board in 2010-11. She is a 2006 graduate of Leadership Knoxville and earned the East Tennessee State University Alumni of the Year Award in 1999.

Yoakum says that, even from childhood, she was involved with her family business, first as manager of Yoakum’s Banner Warehouse. In 1991, Yoakum was elected president of First Century Bank. She is counted among only four female bank presidents from across the state. She now serves as the chairman of the board.

Yoakum is presently serving her second term on the Tennessee State Museum Commission and is on the Board of Directors of the East Tennessee Historical Society. She also serves on the board of the Omni Vision and Heritage Christian Academy.

She and her husband Bill Dunavant, who is the former commissioner of the Economic and Development Commission, reside in Tazewell. Yoakum is the mother of two children – Stephanie Barger Conner and Robert “Rob” Glenn Barger – and is the proud grandmother of five grandchildren.

As the honored merchant, First Century Bank carries on the tradition of community and family which began with its solid roots laid down over a century ago. Like the stately oak tree whose symbol has been an integral part of the name, Yoakum’s father, Glenn Yoakum, left behind a solid legacy of community responsibility.

Yoakum says it is with deep pride and satisfaction that a third generation of her family now accepts the solemn responsibility to maintain and further this unique spirit.

In 1998, Rob Barger joined the bank on a full time basis as the business development officer at the Emory Road location. He became bank president and CEO in 2007.

The parade theme for 2018 is “A Magical Disney Christmas.”

You may pre-register your float at the Sign Center, located just south of Pizza Plus in New Tazewell.