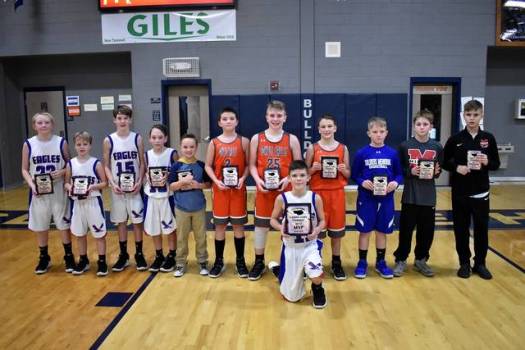 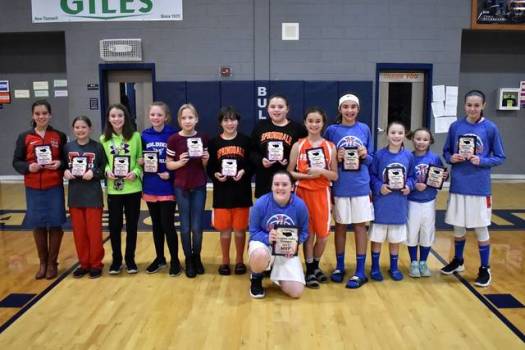 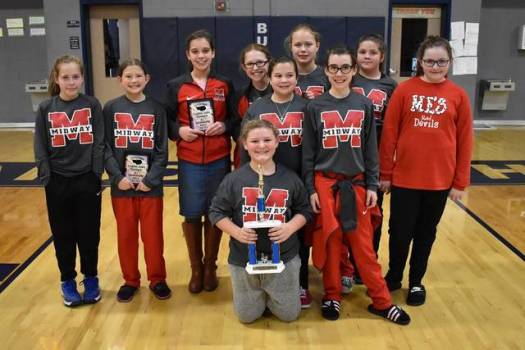 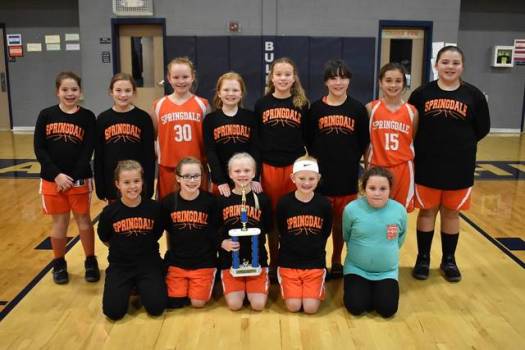 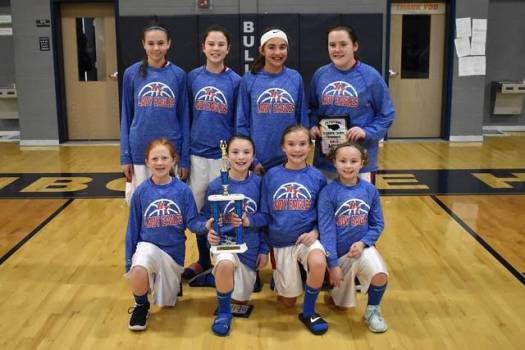 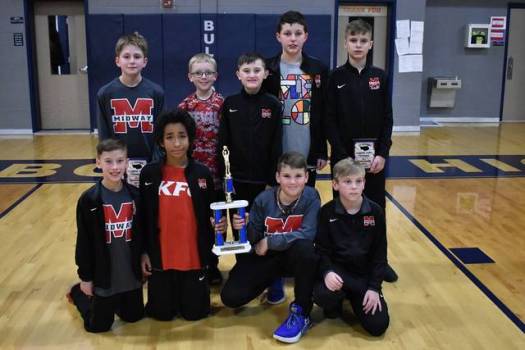 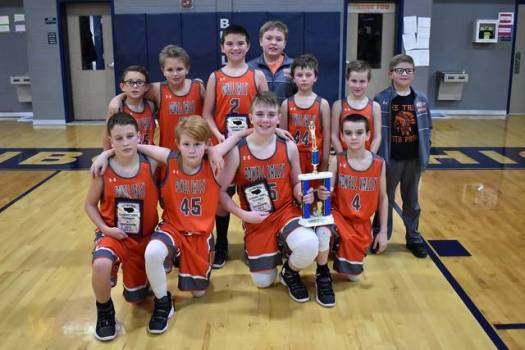 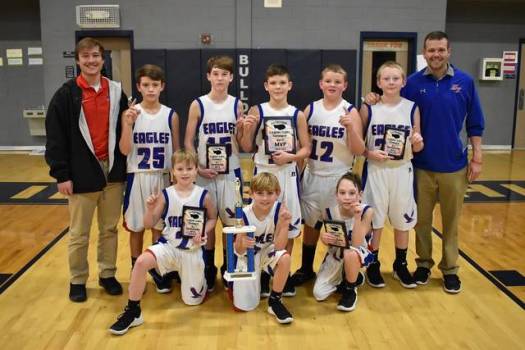 After nearly a week’s worth of basketball games the 2018 Claiborne County junior varsity tournament came to an end with the championship and consolation games, December 8.

Midway and Soldier’s Memorial Middle School took the court and the Midway defense created problems for SMMS. By the end of the first half Midway led 7-4. During the second half, SMMS made a comeback and hit a three to tie with less than 20 seconds left then Midway stormed across mid court and was fouled. The Red Devils hit two free throws and won the game 20-18 in a thriller. Leading Midway in scoring was Abby Hardy with eight points. Miriam Peoples had six, Lily Rosson had four and Brooklyn Jenkins finished with two. For SMMS it was Channing Buis with 11, Daisy Bailey had five and Emma Worley finished with two.

Next on the court was Midway and SMMS once again, this time it was the boy’s third place game. Midway opened up with a tenacious defense and a 11-0 lead. The Blue Devils worked hard to catch up but we’re down 22-10 at the half. Midway ran away with it during the second half and won 41-17. Midway was led by Elliott Hubbard with 17 and Cole Holt with 16. Kaden Williams finished with eight. SMMS was led by Aiden Mink with eight. Kaden Loving had four, Alex Moulton and Elijah Meyers finished with two and Aiden Roark had one point.

Finally it was time for the first championship game. The Lady Eagles and Lady Owls warmed up and were soon ready for battle. The game started with both teams trying to beat pressure defenses and it was the theme of the first period which ended, 4-4. HY advanced their lead to four points but Springdale was still playing hard. The half ended 8-4 with HY holding the lead.

HY went on a run during the third and Springdale was having trouble getting their shots to fall. The score was 15-4 at the 1:17 mark and the Lady Eagles were rolling. At the end of the third HY held a comfortable lead at 17-6. The Lady Eagles cruised away to a championship by the final score of 23-13.

When asked about the big win first year Lady Eagles Head Coach Patricia Fugate had this short quote, “I’m very proud of them, they played great.”

The final game featured the battle of the valley as Powell Valley and H.Y. Livesay went after it again. The Eagles were the number one team and favored to win but the Indians had some great players wanting to pull off the upset.

Powell Valley led 10-2 early and had momentum causing the Eagles to slow the game down with a time out. The Indians were putting the ball in the cylinder and led 14-5 after the first period.

During the second period, the Indians witnessed the classic Eagle run spurred on by Coach Brandon Clawson that pulled them to within five points at 22-17.

The Indians came out sloppy with their passes and allowed HY to pull to within two at 22-20. At the 4:00 mark, fans were watching a tied game. At 2:08 HY had their first lead at 26-24. With a four point lead, the Eagles were playing as advertised. The Indians reduced the lead to two points after three periods, 30-28.

Tournament MVP’s were HY’s Ashlyn Roberts for the girls and Braden Painter for the boys.

Congratulations to all participants.