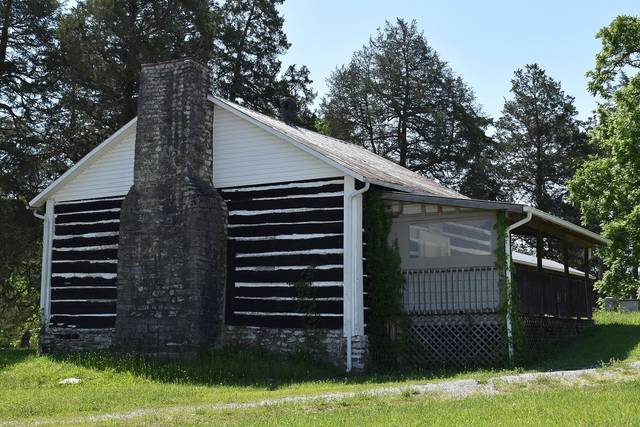 Big Spring Church has stood the test of time. The structure was built prior to the establishment of Tennessee as the 16th state in the Union. The church is the oldest standing house of worship in the county.

They must have built them strong and straight, back in the day. Rough hewn logs and mud comprise the shell of the structure that contains the Big Spring Primitive Baptist Church. What goes on, inside the building – well; let’s just say it most likely is the reason for its longevity.

The Church is the oldest standing structure in Claiborne county, built just prior to the establishment of Tennessee as the 16th state in the Union. In fact, the building was a thriving Baptist church years before the formation of the county. Land from nearby Grainger and Hawkins counties was pulled to create the county of Claiborne in 1801.

Drew Harrell and Tidence Lane spent the winter of 1795-96 erecting the structure on land belonging to Robert King. At the time, the church was officially inside the state of North Carolina. Tennessee had not yet become a state.

In July of 1800, the members officially established Big Spring Primitive Baptist Church. By that time, the land on which it sat had been purchased by Elisha Chissum.

The Civil War temporarily halted services inside the church structure, as Union and Confederate forces took turns using it as their base of operation. For some three years, the worshippers found alternate ways to meet – at times, gathering at the Tyes Branch School House.

“Those old mountain pioneers would have been amazed to know that we, their descendents, would be gathering together 218 years later, still in the sturdy log church house. Even today, we come together to honor them and to fellowship in the exact spot where the founders of our country and their families spent the most important part of their lives.

“We believe God’s hand was upon this church, and we believe it still is,” reads literature submitted by the church.

Big Spring Primitive Baptist Church is welcoming its new pastor, David Adkins, and wife Barbara to its fold. The members encourage anyone without a church home to come, fellowship with them.

The church is located at 155 Lone Mountain Road in Tazewell. Sunday School begins at 10 a.m., followed at 11 a.m. by weekly worship services.

The church holds a special singing every second Saturday in the month, beginning at 6:30 p.m. The public is invited to these monthly singings.