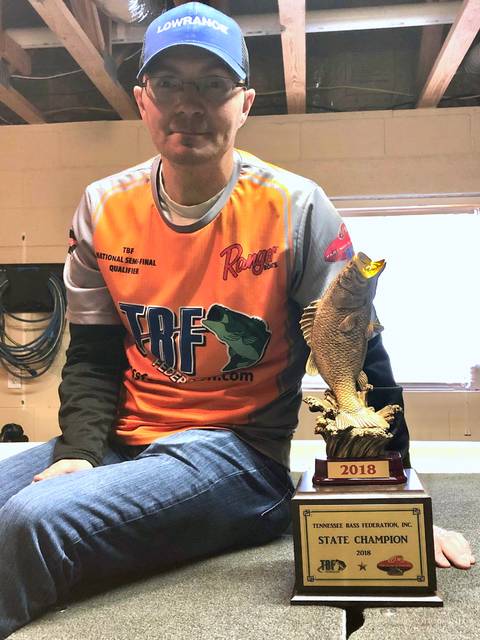 Local bass fisherman Jimmy “Minnow” Boldon once again has proven that his name belongs at the top of East Tennessee’s list. He continues to add to his accolades which now includes the 2018 Tennessee Bass Federation, East Division title and State Title.

It all started during the TBF Eastern Regional tournament, held on May 11-12 on Nickajack Lake, where Boldon qualified to compete in the overall tournament.

Nickajack Lake is the reservoir created by Nickajack Dam as part of the Tennessee Valley Authority. The lake reaches from Nickajack Dam north to Chickamauga Dam and runs along the Chattanooga shoreline in Tennessee. The stretch of the Tennessee River commonly referred to as the “Grand Canyon of Tennessee” also is part of Nickajack Lake. Full pool for Nickajack lake is approximately 633.5 feet above sea level, and remains consistent during the course of the year, making it a very good fishing reservoir.

There were 24 bass fishing clubs competing, all with six man teams. A total of 72 boats competed, with two fishermen and women per boat, for a total of 144 individuals. Boldon had 16.99 pounds on day one and 6.23 on day 2. His total for both days was 23.22. The tournament was for the Eastern Regional Championship, with the winner to compete in the overall tournament.

Boldon then competed in the overall head to head tournament against the West Tennessee winner and out-fished him during the November 1-2 event on Old Hickory in Hendersonville, where he won the 2018 TBF State Title. Boldon would like to thank family, friends and sponsors. Among his sponsors are Lowrance, Lews, Strike King, Power Pole, Joe’s Custom Rods and Minn Kota.