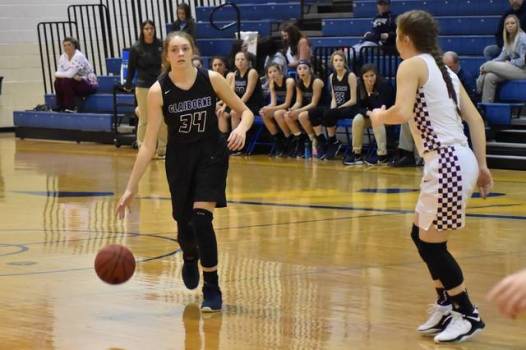 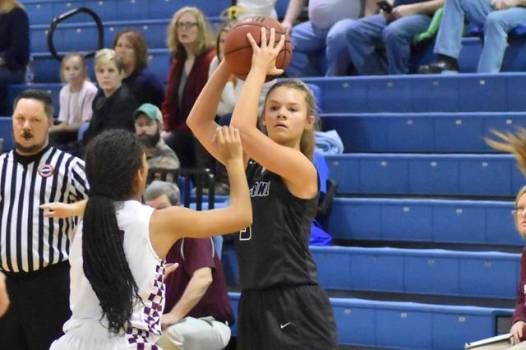 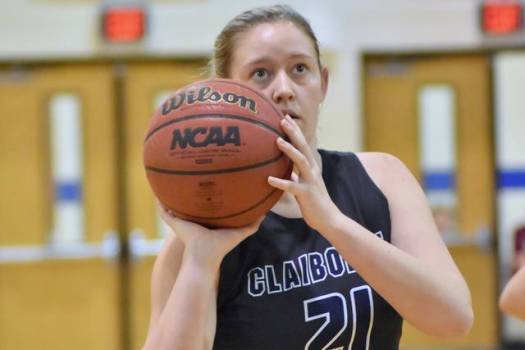 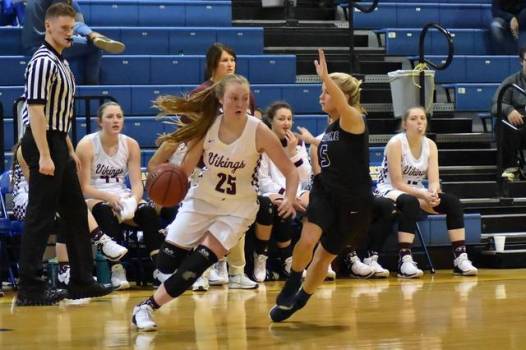 Claiborne High School Lady Bulldogs played in the Pizza Plus Christmas Classic hosted by Hancock County, December 26-29. They struggled to finish their first game against Cocke County and played the Tennessee Lady Vikings on day two.

Lady Bulldogs Head Coach Ariel Nickell spoke about her team’s struggle, “We are playing defense well right now, keeping some good teams scoreless for several minutes at a time but while we do this we are not able to get the scoring that we need especially late in the games. I keep telling our girls that it’s like climbing a ladder instead of jumping on a trampoline. We have to take it one step at a time to reach our goals and the hardest thing is learning how to finish strong and how to hit those pressure shots at the end of the games. We are still trying to get those kids to expect to win.”

There was no jump ball to open the game against Tennessee due to a technical foul for an incorrectly marked Lady Vikings’ book. After Jaden Thompson made one of two free throws CHS led, 1-0. Around the four minute mark Tennessee led 4-2 but Kaylee Cox hit a traditional three point play to regain the lead, 5-4. A falling-down basket by Thompson gave CHS a 7-6 lead going into the second period. With 4:44 left in the first half the only scoring CHS had was from the stripe and the Lady Vikings made a quick run that gave them a 15-9 advantage. A personal foul for a player diving on a Lady Bulldog going after a loose ball and a technical foul for a clapping action in the referees face with 3:11 helped CHS to pull to within four points but the Lady Vikings pulled back ahead to lead at the half, 26-18. Tennessee fans were complaining about a 10-6 difference on foul calls and were letting the officials hear it.

Macie Sumner made an impact for CHS coming out of the break and helped reduce the Tennessee lead to 24-26. Emma Beason hit a three at 4:45 that pulled the Lady Bulldogs to within one at 28-27. With 3:05 remaining in the third CHS had a chance to tie or take the lead at the stripe but missed both shots. Sumner added another free throw before the end of the third. The score was 34-30 going into the final period.

Cox hit a free throw with 3:28 remaining and Munsey went to the stripe but the shots were not falling. Beason went to the stripe and knocked down one to pull CHS to within seven points. Munsey hit one of two at the stripe and the lead was down to six. A Beason three and a Munsey put-back had CHS looking to tie with two free tosses from Beason. She hit one of two and CHS was only down three, 42-39. Tennessee hit their free throws and Beason hit two clutch free throws. The Lady Bulldogs forced a turnover and had a chance to tie the game with a three with 14 seconds left but missed. The final score was, 44-41. Leading CHS in scoring was Emma Beason with 14. Cox dropped in eight. Sumner finished with six, Thompson had five, Trinity Jones came off the bench and had four. Munsey came in and battled in the paint and placed three points through the hoop and Sarah Fultz stayed strong on the defensive end but scored only one point. Tennessee was led by Riley Fritts with 14 points and they had two players foul out.

The following day the Lady Bulldogs defeated Bell County Lady Wildcats, 55-48 and redeemed themselves at the free throw line by making all their attempts but one.

CHS won one out of three games during the classic.