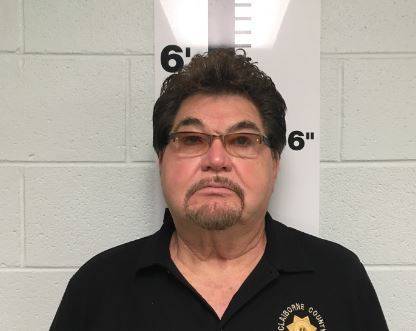 A court appearance for former Claiborne County Sheriff David Ray has been pushed back for a second time. Ray was scheduled to appear in court Monday morning for a status hearing. The hearing will now take place on April 15.

This is the second time the hearing has been postponed. Ray was originally set to appear in court in October, but that hearing was moved to January 14.

Ray, 72, was arrested by the Tennessee Bureau of Investigation in August 2018. The former sheriff was indicted on 15 counts with seven counts involving official misconduct. He was also indicted on five counts of tax evasion and one count each of forgery and the use of inmates for personal gain.

The TBI, the Federal Bureau of Investigation, the Tennessee Department of Revenue, the Tennessee Comptroller of the Treasury and the Internal Revenue Service worked during the last year to gather enough evidence to present to the Claiborne Grand Jury, which returned true bills the morning of the arrests.

According to last year’s press release, Ray used inmate labor and county resources to work on vehicles and equipment the sheriff personally owned. The release also states inmate labor was used to assemble the campaign signs Ray used during the county elections.

The investigation revealed that Ray forged and altered the certificate of title to at least one vehicle and attempted to evade paying the proper sales tax on several personally-owned vehicles that he sold, dating back to 2012, according to the press release.

All three men were booked into the Claiborne County Jail on $10,000 bonds and released the same day.

Ray waived his right to appear at his arraignment.