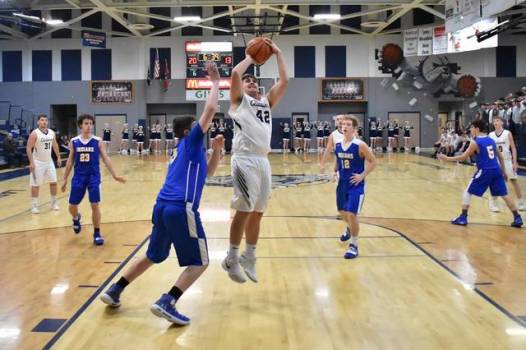 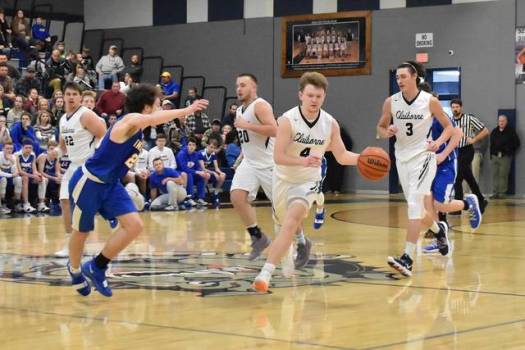 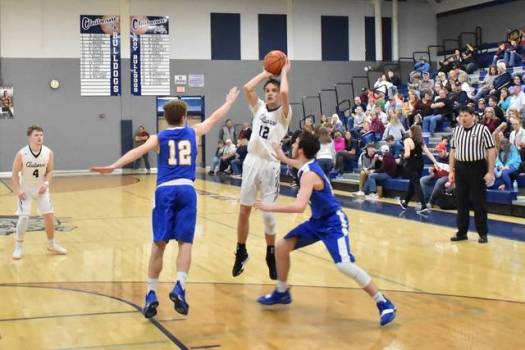 The Hancock County Indians were a dangerous team and the Claiborne Bulldogs knew it. They also knew they had to play great basketball to get the win.

CHS won the tip and Kade Beeler opened the game up with a 3-pointer. Hancock responded with a traditional three-point play. Jacob Williams hit a layup but missed his and-one opportunity but tied the game at five. Lucas Manning and Williams hit back to back baskets, and with the and-one free throw the Bulldogs led 10-5. Williams hit two more from the stripe making the score 12-7. Manning then hit a floater and Evan Poore hit a three just before the first period ended, 17-11.

Poore hit another three to open the second period. Beeler rose above the defense and made it a 10 point game. Hancock battled back with a run and quickly had the game to four points. Beeler and Manning kept the Bulldogs ahead 26-20 as Hancock was making its run. The Indians had great ball movement but struggled at times to get their shots to fall. Poore was on fire and kept hitting the deep ball. Braden Williams hit J. Williams for a basket putting CHS up 31-22. J. Williams hit a three giving CHS a 34-22 lead at the half.

Coming out of the locker room, Beeler hit the first shot and then Whiteaker followed that with two from the foul line. Manning knocked down a three, followed by a Christian Whiteaker three that caused Coach McCoy to slow the game down via a time out. Whiteaker continued his good play in the paint and helped the Bulldogs pull out to a 19 point lead at 46-27. At 2:43, Gage Maloney hit a three and had an and-one chance but missed the free throw.

Maloney was playing great for the Indians. Beeler responded with a jumper in the paint and then a steal and layup, 50-30. With 1:03 left in the third the Bulldogs led 52-33. After three periods the score was 55-34 following a last second three by Beeler.

Daniel Atkins hit a basket in the paint and Whiteaker hit two from the stripe to begin the final period. Hancock got into the one-and-one at 6:06. CHS broke a four-point Indians run and the Hancock press with an Atkins basket. At 5:11 the score was 61-44. At 4:36 chippy play was stopped with three technical fouls, two on Hancock and one on Claiborne. After it was all sorted out, Claiborne led 65-46. Hancock’s three ball just wasn’t falling as they made only three.

Manning, Williams and Atkins made sure the Bulldogs won the game at the foul line. The final score was 75-58.

“They played well tonight and really shared the ball well and played hard on defense,” said CHS head coach Corey McGinnis. “We were able to get out in transition and really execute well while playing fast.”

Leading Claiborne in scoring was Kade Beeler with 22 points. Jacob Williams had 15, Lucas Manning finished with 12 and Christian Whiteaker had 11. Evan Poore finished with nine, Daniel Atkins with five and Braden Williams rounded out the total with one point. The Indians were led by Gage Maloney with a game-leading 24. Hunter Holt dropped in 19 for the Indians.

Claiborne swept the season series against Hancock and that’s a big for the Bulldogs to look back on as this season progresses. 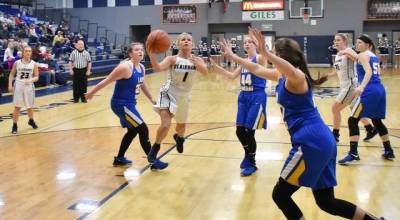