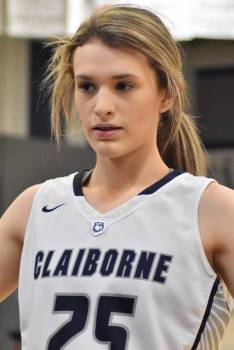 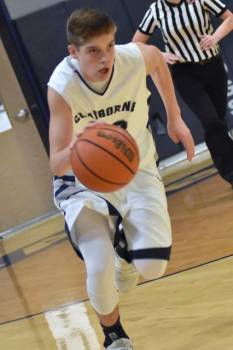 Claiborne came out and took it to the Lady Indians and led 21-11 at the half. The Lady Bulldogs used the second half to run away with a 47-25 victory. Leading CHS was Gracie Ray with eight points. In addition to Ray, eight more Lady Bulldogs scored, including Skylar Cook and Hailey Sexton with seven points each. Lucy Shockley and Mackenzie Cowell had six points, Macie Sumner had five, Mackenzie Walker had four and Bailey Poore and Nevaeh Cobb dropped in two points each. Juliann Gibson and Jacklyn Carrell led Hancock with six points each.

During the boys’ game, Levi Peoples led CHS with 10 points as the Bulldogs took a 29-17 halftime advantage and turned it into a 46-39 victory. Hancock tried to make a last period comeback but fell short. Landen Wilson and Wade Bundren both had eight points. Seth Morelock and Braden Williams dropped in seven points each. Trevin Thompson and Zack Bailey each scored three.

Hunter Hatfield led Hancock and all scorers with a 17-point performance. The two junior varsity wins were the foundation of a Claiborne sweep of all four games, with both varsity teams getting victories.