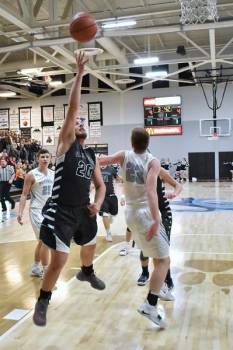 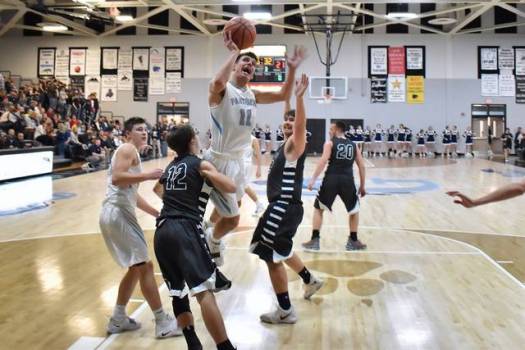 <p>Miles Cole was lights out on both offense and defense. Cole and Jake Templin led their team in scoring with 13</p>

Feb. 1 was the final game of rivalry night number two between the boys’ teams of Cumberland Gap and Claiborne High.

CHS opened up the second quarter with a basket and tried to rally but were just staying behind the home team on the scoreboard. The Panthers used the three-ball to run out to a 28-16 advantage. Claiborne had the last shot but ended up being behind by 12 at the half, 28-16.

Coming out of the break, Claiborne made a run and had the lead down to five. The Panthers bent but didn’t break as they stayed ahead 35-29 with under three minutes remaining in the third. CHS kept digging and had the score down to three points at 35-32. The Panthers held off the Bulldogs for the remainder of the third, 37-33.

During the final period, the Panthers went on a big run and took a 44-33 lead. Claiborne needed a big shot to stop the run and they got a basket, followed up by yet another, making the score 44-37. At 6:10 the Bulldogs were in the one-and-one, which allowed them to draw closer.

The Panthers had a 10-point lead with 5:26 left, but the Bulldogs got it down to six points at 4:15. Claiborne made it a five-point game at 2:28 and then hit a three at 2:14, making it a two-point game. The Panthers responded with a basket but another Bulldog three made it 52-51 with Claiborne having the momentum. As the final minute was counting down the Panthers had a one-point lead and the ball. They added one point from the stripe and fouled CHS on the other end. With 36.9 left the game was tied at 53. The Panthers then went to the stripe and made two, giving them an edge at 55-53. The final score was 56-53 in another great basketball game between the two rivals.

Coach Ernie Mac Clawson said after the game: “We wanted it more tonight but take nothing away from Claiborne. You have to give them credit for coming back. I’m proud of the team for winning it because it was a typical Claiborne-Gap game. We just seemed to want it more.”

Leading the Panthers in scoring was Miles Cole and Jake Templin, both with 13 huge points. Nathan Fuson also recorded double-figures with 10. Caden Brunsma had seven, Evan Jackson had four, Trey Turner had three, Alex Blevins had two, and Dalton Miracle and Jaden Schertz finished with one point each.

The Bulldogs were led by Jacob Williams with 18. Lucas Manning had 11, Daniel Atkins had nine, Cade Beeler had eight and Hunter Holt finished with five points.