Over 500 to participate in spring commencement exercises at LMU 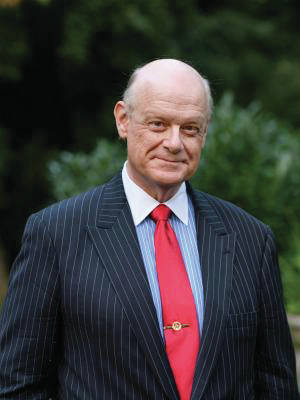 HARROGATE, Tenn. — Lincoln Memorial University (LMU) will hold its Spring Commencement Exercises on May 4 at 11 a.m. in Tex Turner Arena on the main campus in Harrogate, Tennessee. Noted Lincoln and Civil War historian Dr. Allen Guelzo will deliver the commencement address and receive the University’s highest honor, the Lincoln Diploma of Honor.

Over 500 degree candidates will participate in the ceremony as the University confers 162 associate, 190 baccalaureate, 209 masters and 10 doctoral degrees. Among the doctoral degrees will be the inaugural class of the Doctor of Business Administration degree program.

Guelzo is the Henry R. Luce Professor of the Civil War Era, and director of Civil War studies at Gettysburg College in Gettysburg, Pennsylvania. He is a three-time Lincoln Prize winner for his books Abraham Lincoln: Redeemer President (2000), Lincoln’s Emancipation Proclamation: The End of Slavery in America (2005) and Gettysburg: The Last Invasion (2014). Guelzo is the only author to win the prestigious Gilder Lehrman Lincoln Prize, which is awarded annually for the finest scholarly work in English on Abraham Lincoln, three times. Guelzo has also won the Abraham Lincoln Institute Book Prize three times for Redeemer President, The End of Slavery in America and Lincoln and Douglas: The Debates That Defined America (2008). The Last Invasion spent eight weeks on the New York Times Best-Seller list.

Guelzo’s articles and essays have appeared in scholarly journals and news publications including The New York Times, The Wall Street Journal, The Christian Science Monitor, The Washington Post and the Los Angeles Times. He has been featured on National Public Radio, the Discovery Channel, the National Geographic Channel, Brian Lamb BookNotes and The Daily Show with Jon Stewart.

Guelzo holds Master of Arts and Ph.D. degrees in history from the University of Pennsylvania, and a Master of Divinity from the Reformed Episcopal Seminary. Before joining the faculty at Gettysburg College, he was the Grace F. Kea Professor of American History and Dean of the Templeton Honors College at Eastern University. Guelzo and his wife, Debra, reside in Gettysburg and have three grown children and five grandchildren.