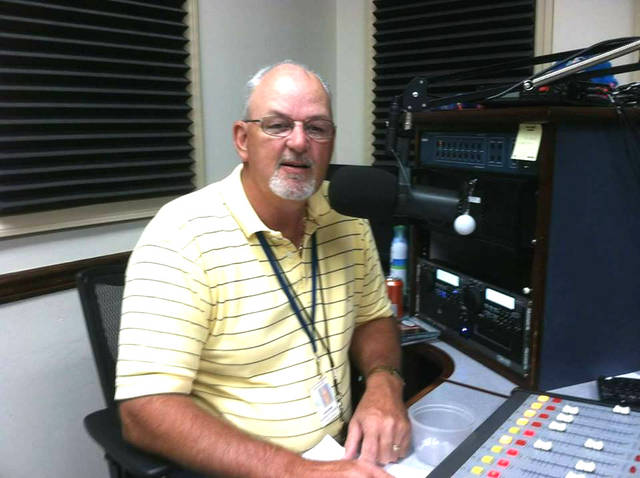 One of the tri-state area’s most popular bluegrass personalities, radio host, and friend to all, Larry Ray Carter, passed away Tuesday from a sudden and massive heart attack. He was 62 years old.

One of the tri-state area’s most popular bluegrass personalities, radio host, and friend to all, Larry Ray Carter, passed away Tuesday from a sudden and massive heart attack. He was 62 years old.

Carter played with bands including Silver Creek and Tazewell Pike, and as a young man, he had played with his family, the New Carter Family.

He was recognized for his work on the radio and received two nominations for Broadcaster of the Year by the International Bluegrass Music Association.

His name can be recognized from Kingsport to Knoxville for his work with concert promotions as well as being known as the “sound man.” He worked sound for events that included commencements, concerts, plays and any other event that needed his keen sound expertise.

“I really just don’t know what to say,” said longtime friend of Carter’s Vic Graves. “This is a shock to all. Larry Carter, a buddy to all he came into contact with, will be greatly missed.”

“I learned a lot from him,” said former student of Carter’s, Tyler Rowlett. “I always enjoyed working with him. He was an incredibly talented radio DJ, musician, sound man, and a great friend. I’m going to miss him a lot. The bluegrass world will never be the same.”

Carter’s childhood friend, Steve Gulley, reached out to the community to pray for the family as they grieve.

“I’ve lost one of the best friends I have ever known in my life,” Gulley said. “Larry Carter was a true friend as the good Lord ever could have blessed me with. He was my brother. My family.”

Gulley recalls meeting Carter when he was nine or 10 years old.

“He loved bluegrass music, radio, his community and family more than anything,” Gulley remembered. “He gave his all to each one. “

Gulley and Carter collaborated together for many years on projects.

“We traveled many a mile together,” he said. “We shared so many laughs, trials, tears and milestones together. In the past few months, we’d been going and picking and singing, along with a bunch of our good buddies, in churches. It made him so happy, and I was elated as I saw him get closer in his spiritual walk than he’d been in a long time.”

During his time at WCXZ, bluegrass musicians near and far stopped by to make studio appearances with Carter participating in interviews as well as performing live music.

Gulley did a show with Larry just a few days ago.

“I played music with him Sunday night about a half hour from home,” he said. “He was fine and had the biggest smile on his face the whole time.”

Many are still in disbelief of the passing of Carter, and the suddenness has left a void.

“I consider myself a pretty strong man with God’s help,” Gulley said. “But this has just completely floored and destroyed me. I know that my Savior has a plan and I hold on to that. I loved Larry. He knew it.”

He was preceded in death by his parents, Ray and Patsy Bowman Carter.

The family will receive friends from 4 p.m. until 7 p.m. Friday at Coffey Funeral Home with funeral service to follow at 7 p.m. Graveside service will be Saturday at 11 a.m.

Coffey Funeral Home is in charge of arrangements.