LMU softball is dancing into the NCAA Regional 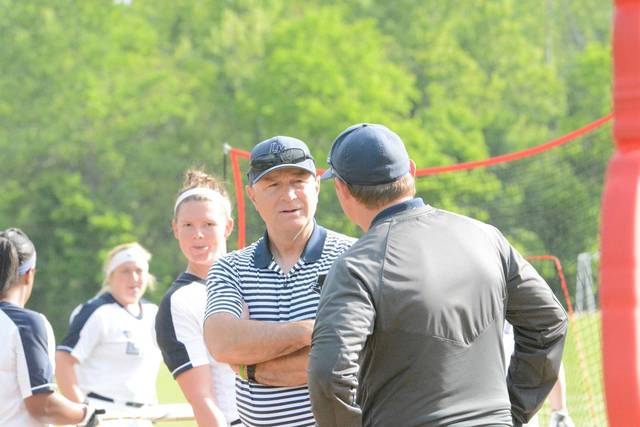 After a year of firsts, the Lincoln Memorial University softball team is adding another to the list as it is headed to the NCAA Division II Regional for the first time in program history as the No. 3 seed.

“It’s special because it is my alma mater,” second-year LMU head coach Ritchie Richardson said. “I’m tickled for the program and university but mostly excited for the players. Coming here as a player to a program that hasn’t really accomplished that much recently in softball, you’re hoping that things like this happen, and to have it all come to fruition is really, really exciting. I’m just excited for the players. They are playing in an NCAA Regional. I don’t know if [seniors] Allie Jones, Kelsie Hocutt and Jacie Pittman thought that they would be doing this during their career. I’m happy they are finishing like this, and I know for some of the new girls this was sort of the expectation that we are building something special here.

The Lady Railsplitters (35-13) will be facing a familiar opponent in South Atlantic Conference foe, No. 6-seeded Wingate (32-17), who they split with to open conference play in March, at 3:30 p.m. Thursday. The pair of SAC teams will also be playing on a familiar field at host site, second-seeded Carson-Newman in Jefferson City.

LMU will either face the winner of Carson-Newman (28-10) and No. 7-seeded Anderson (31-20) — a rematch of the SAC Tournament championship — at 10 a.m. Friday or will fall into the loser’s bracket and face the loser of the Trojan-Eagle game at 12:30 p.m. Friday in the double-elimination regional.

On the other side of the bracket, another SAC team received a bid in No. 4 Coker, making five of the eight teams from the competitive South Atlantic Conference. The remaining three were No. 1 North Georgia, No. 5 Young Harris and No. 8 Lees-McRae. Of the eight teams, the Lady Railsplitters have faced seven this season minus top-seeded North Georgia.

“One of the girls said, ‘It’s like conference tournament No. 2,’” Richardson said. “We are familiar with the teams, but they are familiar with us. I think that’s an advantage. We aren’t making a four to five-hour trip, staying in a hotel. It’s an easy drive over for us. Hopefully those things play to our advantage, but knowing those teams, them being in the conference and us playing them during the year, we are going to have to bring our A-game.”

-Junior Ty-Kella Goins is four doubles away from tying the LMU single-season record 26, which Brittney Walker set in 2007, while McKenzie Henry is closing in on two single-season feats. The freshman is three home runs within Walker’s record in the same year as her double record, and five RBI away from Sara Henn’s single-season record 57 that she accomplished in 2008.