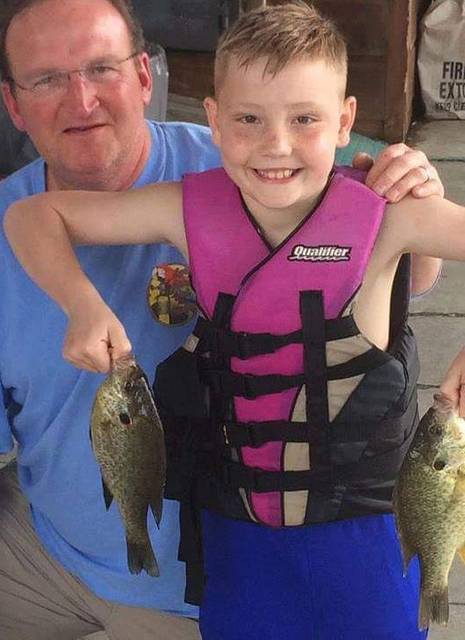 Less than a week after the close of the 49th annual Roho Fishing Tournament, officials with the local non-profit organization announced this year’s tournament as one of the best on record in terms of proceeds raised to help the area’s needy children.

This year through individual ticket sales, the child sponsor program and the support of local businesses, organizations and area residents, the 2019 Roho Fishing Tournament raised nearly $50,000 with 328 children sponsored. These proceeds will be spent on a yet to be determined day at the Middlesboro Walmart this December on various grade school children as selected by educators and school administrators from area schools in Kentucky, Tennessee and Virginia.

When the Roho Club formed in 1965, the fishing tournament was not yet the organization’s major fundraiser. Members worked collectively to raise funds to take five of the area’s needy children on a shopping spree that December, purchasing much needed clothing items and a small number of toys for each child.

A few years later, members of the organization voted on the idea of a fishing tournament to raise the money needed for the spree with a $5 ticket as the entry price. That move helped the tournament become a tremendous success as it grew drastically in the years to follow.

Nearly two decades ago, the suggestion was made to implement a “child sponsor” program. The cost to sponsor a child would be $150 dollars, or 30 tickets, with $110 dollars going for clothes and $40 for toys during the December shopping spree. Once voted upon and approved, that idea took the organization’s efforts to serve from less than 100 area children to more than 300 in only a few years.

The Roho Organization would like to thank all who supported this year’s tournament. Your kindness and generosity will allow the club to provide for 350 area needy children again this December. To view photos of this year’s tournament or to see door prize winners, visit the rohofishing.org or visit their Facebook page at Roho Charitable Trust.