CedarFork/US25E could stay ‘as is’ 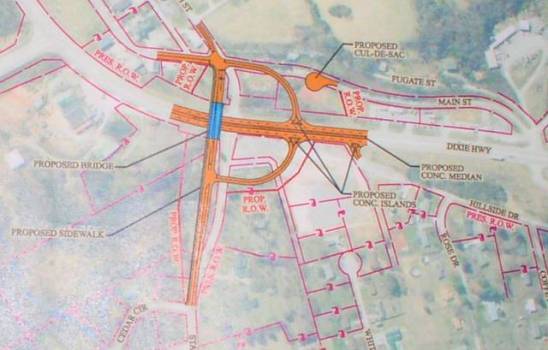 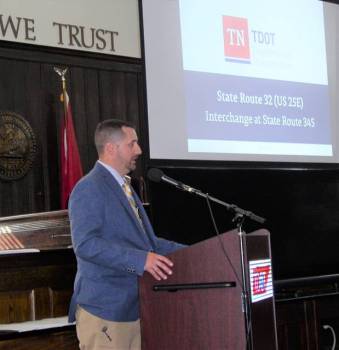 It appears that Claiborne officials and the public at large are less than pleased with the outcome of the public hearing to discuss plans to rework the Cedar Fork/US25E intersection in Tazewell.

Representatives from the Tennessee Dept. of Transportation (TDOT) made it clear during the hearing that there was only one concept on the table – theirs. Several mapboards were distributed across the front of the courtroom depicting only the concept preferred by the agency, despite the fact that county officials had voiced preference for a different concept plan.

Apparently, the county is concerned that the TDOT plan would not adequately address tractor/trailer traffic. Remarks posted on the initial story linked on the Claiborne Progress Facebook page were overwhelmingly in favor of simply widening the existing intersection and the roadway along Cedar Fork Road rather than creating the TDOT planned interchange.

It is likely the county will forego the proposed state-funded improvements, since TDOT seems not to want to consider the alternate plans preferred by the county. It took less than two days to draft and time stamp a resolution not to accept the TDOT proposal. The Claiborne Commission will be voting on this resolution during its June meeting.

Following the hearing, district 1 Claiborne commissioner Charlton Vass said that he felt TDOT should have allowed the county to go with the alternative concept, rather than “putting a band aid on a hemorrhage.

“They’ll have to fix it, eventually. I don’t believe this (the TDOT preferred concept) will fix anything,” said Vass.

Local businessman Roger Ball said, after the hearing, he was against the TDOT concept.

“The worst thing about this, as a property owner on the north side, is if they continue and it goes on for ten years, and nothing happens, it’s going to put a cloud over your property,” said Ball, referring to his co-ownership of an empty lot that is commonly referred to as the Asher property.

He recalled the problems associated with the initial construction phase of US 25E.

When asked about the current proposal, Ball said he thinks “it’s a waste of taxpayer money. I’d rather see the money spent on Cedar Fork Road.”

Most of the comments during the hearing involved lack of turn space for tractor/trailers when negotiating the intersection. Some who spoke agreed the funds would be better used to widen Cedar Fork Road and to enlarge the existing intersection.

A representative from DTR spoke of daily fears she had of major accidents occurring as trucks and other vehicles travel the narrow, winding roadway.

Commissioner Stacy Crawford, who also works for the Claiborne Road Department, said after the hearing that he thinks TDOT does not fully understand the amount of heavy truck traffic that uses the intersection on a daily basis.

“They need to be on site to see the traffic flow. (TDOT) needs to do something to help all the people who live on Cedar Fork Road. There’s a lot of big industry up that way,” said Crawford.

He spoke of inherent problems with the TDOT preferred concept.

“If you’re a truck driver going to DTR in the middle of the night, you’re going to end up right here at this courthouse and you’re not going to know what to do – it’s going to bring you right straight out and butt into this hospital,” said Crawford.

During the hearing, TDOT representative Stacy Weaver did say the agency plans to erect adequate signage to eleviate this particular problem. Weaver had little to say about the apparent lack of “turnaround” space for big rig drivers who wind up in downtown Tazewell via a wrong turn. This issue seemed to be a major concern for some who spoke during and after the hearing.