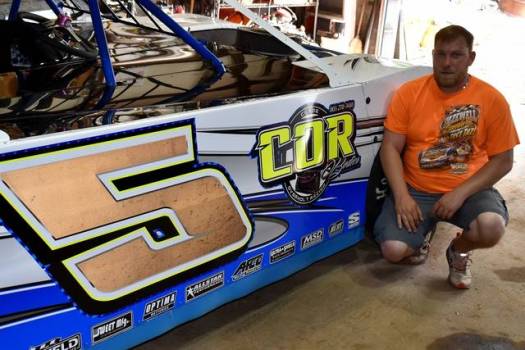 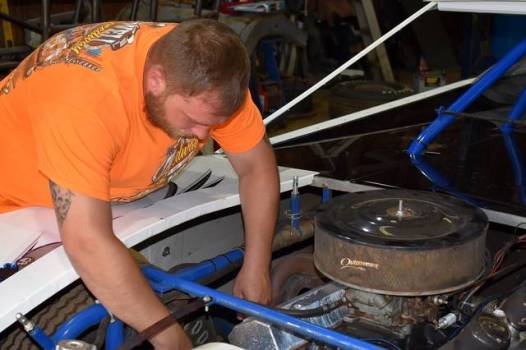 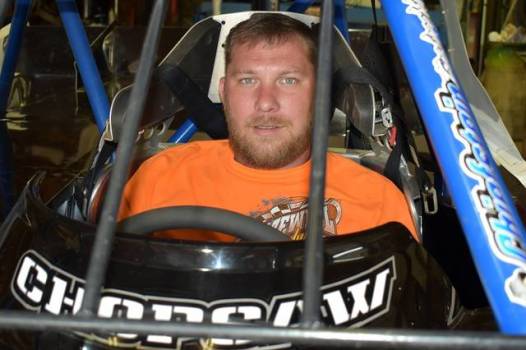 Greg Harville is the son of Jeff and Shelia Harville of Tazewell. He has one brother and one sister, Dustin Harville and Chelsey Lester. As a child, Greg grew up around Tazewell Speedway and witnessed the on-track battles between his neighbor Wayne Overholt and Rick Welch.

Those two Modified Street drivers always put on a show for the fans. That experience was what inspired Harville to want to drive a race car. Many times a driver will wait years to become competitive, but with the right help Harville was impressive after just one race.

Harville spoke of his childhood, “Clyde Overholt and I grew up together, and I was always around Wayne and watching him work on and race his car. Clyde and I were both competitive and we would race each other on anything we had like our bikes. It was fun back then.”

Harville had his first introduction to motor sports in a demolition derby car when he was 16, but he knew what he really wanted. That was to race at Tazewell Speedway, but he had to put in his time by helping his brother Dustin build and race his car. He learned a lot in just a short time period.

Finally during January 2019, it was Greg’s time to start on his car. Clyde Overholt began a build that took only a few months, and five months later they had went from a bare frame to victory lane.

Harville spoke about the car, “It may be bad of me to say, but that car means as much to me as some kids mean to their parents. It was a lot of work, but we are very proud of that car.”

The Street Stock car has Chevrolet power tucked in the body style of a Toyota Camry because there was no one running that body on the tracks around East Tennessee. Oddly enough, the engine was acquired by Harville (Owner of Sparkys Window Tint) in exchange for doing a tint job for a customer.

The car finished third, then second, followed that up with a fifth place and finally got a win after a protest of the first place car found it had roller rockers, which are illegal in the Street Stock class.

Harville had this to say about his first win, “I was riding behind him and said to myself I want to run like him. His car was so strong and I couldn’t keep up with him, so after the race I was curious if I was getting beat by a legal car and had to know. There’s no hard feelings with us over the protest, but I just had to know how I was running so good but still behind him. I know one day I’ll be protested and that’s okay, it’s part of it.”

Harville lists a short-time goal as winning races and competing for a track title with a long-time goal of staying in Street Stock racing and introduce his nephew Wyatt Lester into racing if he stays interested.

Harville has many to thank for helping him along the way including Clyde, Petey, Odie, Dustin, Chief, Wayne, Donnie Petty, Jonathan Miracle, David Clark, Chelsey Lester, McKinley Lester and Don “Pap” Evans for the support and use of the garage.

“I’d like to say thanks to all of those people, but Clyde has helped me most. He’s there to push me, and it’s meant so much to me. I’d also really want Dustin to know how much of an inspiration he is to me, and that I hope he gets a win soon this season as well. Thanks to Michelle for putting up with me working on the car through the week and racing on the weekends.”

When it comes to giving advice to others Harville said, “First, get a good job and then surround yourself with people who know what they are doing so you can just learn. Make your car safe as possible, get good sponsors and seek good help. Don’t be afraid to ask.”

Not many times does a new driver help build a car and on his fourth time out win a race but sometimes, when everything is focused, it happens. There is nothing quite like building a car from the ground up and winning a race months later.

Harville is another good example of what Turning Wrenches and Chasing Dreams is all about.