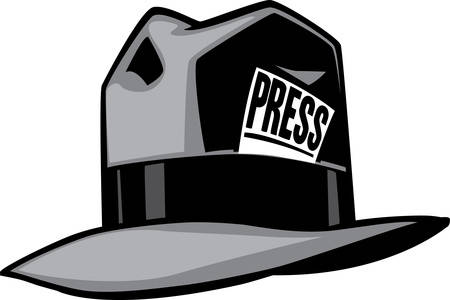 (This is the first of a recurring column devoted to all our enforcement agencies do on a weekly basis to ensure our safety.)

Local law enforcement has had a very busy week keeping an eye tuned to floodwaters in nearby Campbell County, assisting lost bears back to their natural habitat and collecting suspects for the Claiborne County Jail.

Torrential storms in and around Lafollette prompted members of the Claiborne Rescue Squad to assist their neighbors. Many Campbell County residents found themselves stranded at the edge of town on Hwy. 63 due to blockages caused by rainwater runoff.

Local media reported broken and closed roads, sinkholes and some 2,700 people without electric. Many homes and businesses were also without water, due to problems with pump stations and broken lines.

Speedwell, located just over the Campbell-Claiborne County line, was in fear of the worst as residents watched the storm as it moved east.

Local meteorologists predicted more of the wet stuff for most of the current week, leading to the probability of additional utility outages and damages.

In other action, “Downtown Yogi Bear” caused quite the upset for Tazewell residents as he ambled his way in and out of residential yards and outbuildings from Church Street to the Municipal Park, apparently foraging for food.

The Tazewell Police Department reported that Yogi had not been violent and warned citizens not to approach the 300 pound black bear.

At last report, Yogi made his way back home without incident.

The recent hit-and-run of local well-known bicyclist Lynn Seabolt caused a stir in and around the Cave Springs community in which he frequented. By most recent reports, Seabolt is currently mending at the U.T. Medical Center in Knoxville. He had been on the road to recovery despite injury to his spleen and multiple fractures of his ribs, shoulders and arms.

Seabolt had one touch-and-go moment when fluid began to build on his lungs, which precipitated a move back to ICU. The fluid was successfully drained and Seabolt is back in a regular patient room reportedly still in some pain but enjoying long conversations with his caregivers.

A suspect has been identified and is expected to be arrested shortly, according to Sgt. Adam Bowman with the Tennessee Highway Patrol.

The Claiborne Sheriff’s Office joined a tri-state sting to apprehend suspects allegedly connected with the thefts of numerous storage units. Claiborne, Bell and Lee County officers descended on what was later identified as a stolen camper in which the suspects were currently residing.

Proctor Jones, 33, and Mikel Ray Taylor, 33, were arrested and lodged inside the Bell County Detention Center on June 4.

Claiborne Sheriff Bobby Brooks will be extraditing the pair for the theft of the camper, which was allegedly stolen from a Tazewell resident, and the thefts of some 14 storage units inside the county.

“If you purchased any items from the individuals in a gray Dodge Durango when they were set up at the old “Big Blue” parking lot in Pineville on either May 26 or 27, you have bought stolen items.

Arrangements for turning in the items can be made by calling the Bell County Dispatch at 606-337-6174.

The lack of rear vehicle lights before sunrise on June 1 netted the arrest of Devin Shawn Moscoe Lewis, 19, for the possession of methamphetamine for resale. Lewis, who had been living at the Dixie Plaza Hotel in Tazewell, was found to have in his room an additional five ounces of what is believed to be methamphetamine.

While there, officers also found a roommate – Middlesboro resident Steven M. King, who was arrested on multiple Claiborne County warrants.

A residence on Nell Street in New Tazewell became a location of interest for the deputies, during the course of the investigation. The officers found 8.2 grams of what was believed to be methamphetamine, 13.5 grams of a green plant material believed to be marijuana and six tablets thought to be a schedule IV controlled substance. The deputies also located five firearms and $2,400 in cash believed to be proceeds from the sale of illegal narcotics.

A total street value of some $28,000 worth of meth was seized during the course of this investigation, which is ongoing. Multiple arrests are expected.

If you have any information or concerns about the sale or use of narcotics, you may contact the CCSO.

It appears two young ladies narrowly escaped a ticket for lack of a business license while operating a lemonade stand. Tazewell officers Jason Pabon and Isaac Cline responded to the scene of the alleged crime. However, it was beyond their scope to advise further than the lemonade was too good to pass up.

CedarFork/US25E could stay ‘as is’