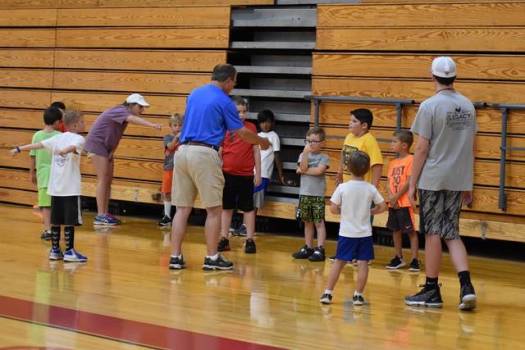 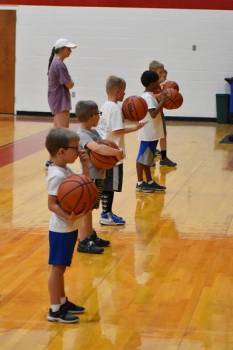 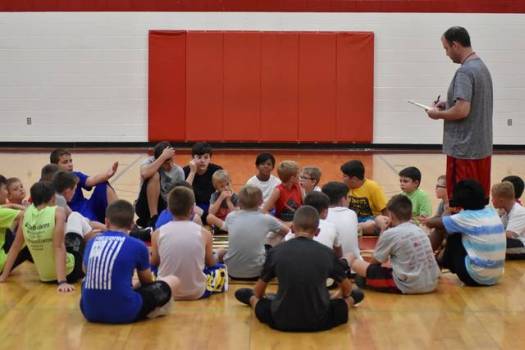 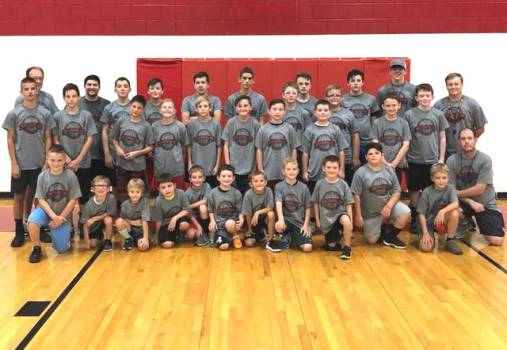 The 2019 Midway Elementary boys basketball camp on June 27-29 featured 40 athletes. The camp, like all others so far this season, focused on the fundamentals of the game. Gary Harmon coached the smaller kids grades K-3 while Red Devils’ coach Jason Miracle worked with grades 4-8.

Each day started with a free type of gym until the athletes had all assembled, but when camp actually began the discipline started. It was an orderly but efficient few minutes of exercising before the drills began.

Camp activity was done in stages that featured various fundamentals of the game, including a very informative stage where the athletes learned the rules of the game. They also worked on passing, dribbling, shooting and defense in other stations.

In addition to Harmon, there were many others there to run a stage or assist players including: Allison Cupp, Reagan Cupp, Sammy Day, Devin Miracle, Todd Cochran, Grace Cochran, Conner Atkins and Tyler Myatt.

“We would like to thank all of our campers and sponsors for making the camp an overall success, said coach Miracle.