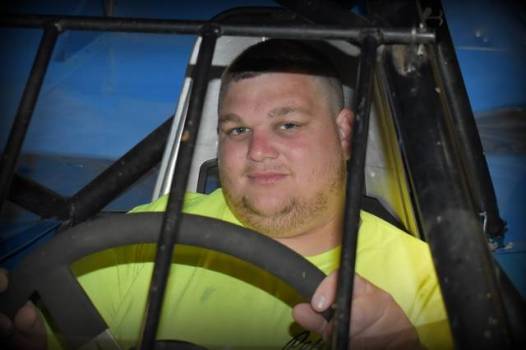 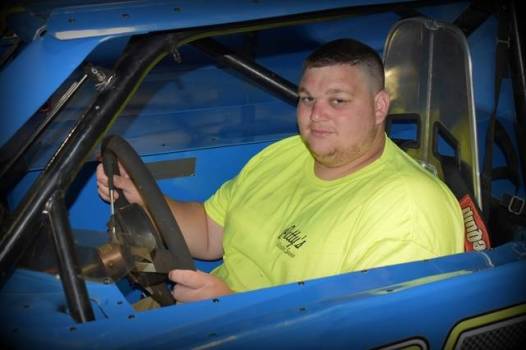 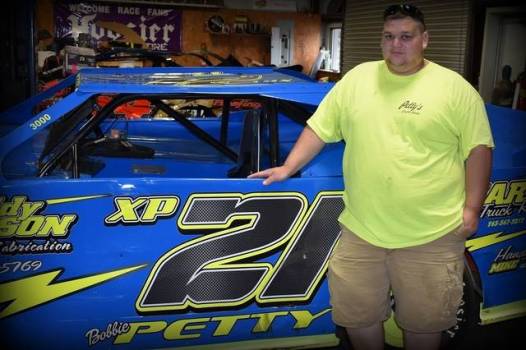 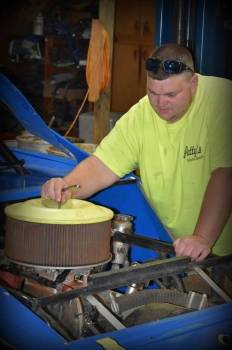 <p>Allen Earl | Claiborne Progress</p> <p>Bob Petty doesn’t mind to do the work that allows him to chase his dreams.</p>

Some people find the racing scene during their lifetime by a chance visit to a local track, but sometimes he or she is born right smack dab in the middle of it, such is the case for Bob (Bobbie) Petty.

Bob is the son of Donnie and Venis Petty of Tazewell, Tenn. and he has one brother who also has been involved in racing, Lance. The Petty family has been racing at Tazewell Speedway and other dirt tracks for decades. Not many local race cars are seen without a Petty’s Wrecker Service decal on it at some point.

Bob’s wife Shanta has been supportive of him even through the crashing and booming of demolition derby cars, but she feels more at ease seeing him on the banks of the Taz. Bob addressed this by saying, “I know my wife and mother really like circle track better than the demolition pit and let me tell you, demo is dangerous. My bones are getting too weak for doing that like I used to.”

Bob first drove a full-bodied race car in 2014, but it was last season when he went all in. He spends his time trying to improve his race car and has several people to thank.

“Several people have helped me including mom and dad. I have learned lots from Larry Burke, Michael Dean, Jonathan Miracle, Lance, Mitchell Burke and others,” said Petty.

Petty enjoys passing his love of the sport to others as he and Brad Davis often frequent daycares and schools with their cars in tow. Petty spoke about the kids reactions, “I am shocked at some of the questions these kids ask. They will ask what the car weighs and the horsepower of the motor. I think they also enjoy sitting in the seat, but one class was able to talk their third grade teacher to slide down in the seat and they just loved seeing him get in the car.”

Bob says his favorite moment is simply being at the races with his family, friends and fans. He laughed when thinking back on things and said, “I love doing it but I have had some really bad luck in racing. The other day at Volunteer, a fellow competitor put me in the wall on purpose and dad told me to always keep a calm head. That helped me a couple weeks later when I had the chance to repay the favor.”

Petty didn’t retaliate, and his dad knows how hard that can be as he is a former driver.

Bob wants to still be racing several years from now and he has modest dreams, “I want to stay right here in these Modified Street cars and maybe get a few wins or even a championship. As long as they have this class, I will be racing in it. I just love these cars.”

Petty would like to take a moment to thank a few people for their help and support, “Thanks to my parents, David Clark, Michael Dean and to all my family, friends and fans.”

The number 21 is a Petty tradition, and I asked him about the XP21 on the side of his car, “The 21 has been on dad’s cars for a long time and I used to enjoy watching him race around the Taz. When I started racing I had to put something different on the car because we had two so we chose to put an XP in front of the 21 and we haven’t changed it since.”

Bob Petty turns the wrenches so he too can chase his dreams and soon the great finishes will start and then the wins will come. He’s focused on improving his car and his driving, and it’s a matter of time before it all connects and he gets to celebrate that first win with his family in victory lane.