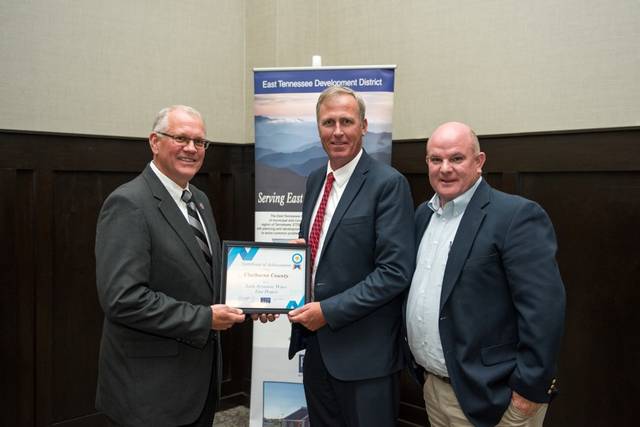 The East Tennessee Development District (ETDD) held its Annual Awards Banquet on July 11 at the Venue in Lenoir City. The Banquet was attended by over 140 local elected officials and staff members from ETDD.

Each year at the Awards Banquet, the East Tennessee Development District recognizes local governments and other agencies for the completion of projects that have special local or regional significance. During the award ceremony, ETDD recognized Claiborne County and the Claiborne County Utility District for the installation of approximately 2.3 miles of water lines in the Little Sycamore community.

Thirty-one households benefitted from the new extension. The project was funded by grant funds from the Community Development Block Grant program and local funds. The award was accepted by Claiborne County Mayor Joe Brooks and George Coots from Claiborne Utilities.