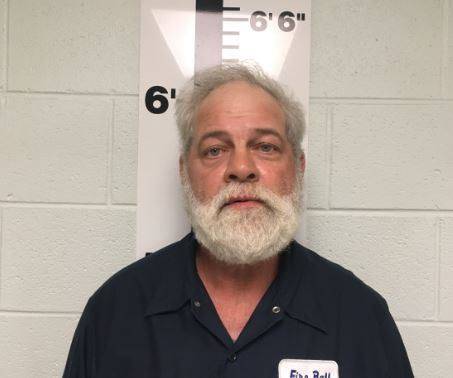 Roberts has entered into a plea agreement on one count of official misconduct. He has been sentenced to two years unsupervised probation with the caveat that he pay all court costs and fees in full within six months of the date of the agreement.

Roberts, 55, was initially indicted on two counts of official misconduct for using public property to acquire marijuana for personal use in February and March of 2018.

This is not his first time before the bench, however. Roberts, also known as ‘Fireball,’ was convicted on several charges dating back to 2000. He was sentenced to 15 years of confinement for attempted aggravated arson, but was apparently paroled. His criminal history includes aggravated assault, possession of explosive components, vandalism, parole violation and public intoxication.

The TBI along with the Federal Bureau of Investigation, the Tennessee Department of Revenue, the Tennessee Comptroller of the Treasury and the Internal Revenue Service worked for a year to gather enough evidence to present to the Claiborne Grand Jury, who returned true bills the morning of the midday arrests.

A portion of the year-long investigation netted for the agencies allegations of illegal activity at the CCSO including the use of inmate labor and county resources to work on vehicles and equipment owned personally by Ray.

The investigation also revealed that Ray forged and altered the certificate of title to at least one vehicle and attempted to evade paying the proper sales tax on several personally-owned vehicles that he sold.

Martin was arrested on three counts of a felon in possession of a firearm. It is unclear just how he was hired in his Justice Center position, considering his history as a convicted felon.

Ray, Martin and Roberts posted bail in the amount of $10,000 each and were out of jail the same afternoon of their arrests.