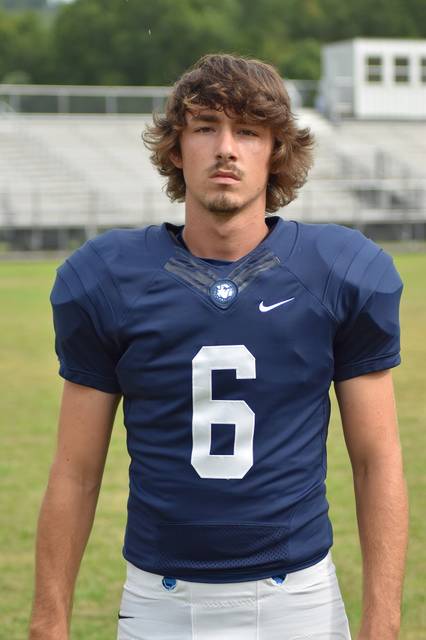 Greg Goins had over 100 yards including a 74-yard touchdown run against Unicoi.

Claiborne Bulldogs were fresh off a win on Blue Devils night last game at home but had to make the long journey into Unicoi County to battle their Blue Devils. Two of their dynamic players were out due to injury, and even though they would have added to both the offense and defense it likely wouldn’t have mattered on this particular night.

Unicoi was celebrating homecoming, and that may have added the little bit of incentive for the home team to play harder.

The Blue Devils started scoring early on and by the half led 51-7 with the only Bulldogs score of the first half coming off a 74-yard touchdown run by Greg Goins with the point after kicked through the uprights by Eli Stone. The only thing left for the Claiborne coaching staff was to see how resilient their team would be coming out of the locker room.

Unicoi added another score during the third quarter and led 58-7 with a rolling clock. The score remained the same going into the fourth quarter.

The Bulldogs were outgunned as the Blue Devils had nearly as many senior members as the Bulldogs took players, but Eli Stone and Haydn Hollin hooked up on a pass play of nearly 30 yards for the touchdown. There was a bad snap on the point after making the score 58-13.

Unicoi followed that Bulldogs touchdown with another of their own, pushing the score out to 65-13.

The game clock ticked away to zeros and the Blue Devils had rolled away to a 52-point victory leaving the Bulldogs fans stunned and ready to return home to Claiborne County.