Improving Panthers shut out by Scott 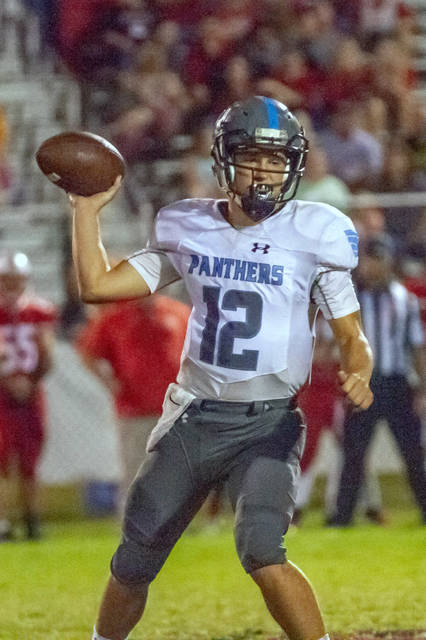 Cumberland Gap High School took its football team over to Scott County and played a great defensive first half while struggling with the wet, hot and steamy conditions on the way to a 27-0 loss.

Scott County won the toss and deferred until the second half. It didn’t much matter because there was zero scoring during the opening quarter.

Coming out of the break, both defenses made adjustments and did not allow a score during the third but Scott county added two more touchdowns during the final quarter and went on to win.

In review, the Panthers were able to move the ball between the 20s but were not able to find pay dirt. The main reason for the offensive struggles was penalties.

Caden Brunsma played injured for a big portion of the game but was on fire with his arm as he completed passes to Logan Miracle, Logan Daniels, Ethen Daniels, Holdin McDaniel and Nate Fuson. McDaniel have over 150 total receiving yards. Logan Miracle had arguably his best game out of the backfield.

Before kickoff, Claiborne coach DeLynn Cline was asked about the game and said, “We have to get better tonight. This is a good Scott County team we are playing tonight. We have to eliminate the loss-yardage plays and penalties. If we can do that we will be in the game.

The Panthers are still winless on the season and will play Wartburg Central (2-3) at home on Oct. 4.