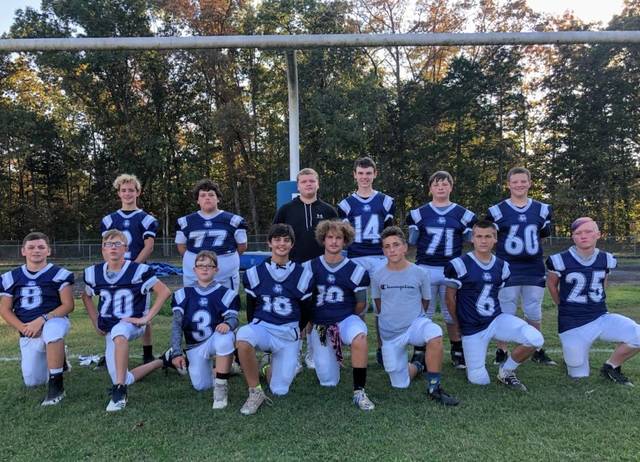 It was eighth grade night, and the eighth grade football players and parents were celebrated for their dedication to the program.

This season started positive for the Bulldogs, but injuries and a few games against some really good teams slowed the win total down.

Oneida came in strong and led the game at the half by the score of 33-0. The Indians kept it going during the second half and ran away to a big victory at 46-12.

CMS head coach Dalton Lee had this to say following the game, “”I’m proud of the way the boys responded. Oneida was the best team we will face this year. Instead of laying down and giving up, the boys showed fight and desire to win. Everyone on the team contributed, all the lineman blocked better and Josh Bolton had a 99-yard touchdown catch that stood out. If they have played like that all year, we would have won more games. We’re excited for this week, and the boys are fired up to play the Gap.”

Joining Bolton in scoring was Isaiah Gerrells with a 46-yard touchdown run in the third quarter.