Panthers win third in a row over Bulldogs 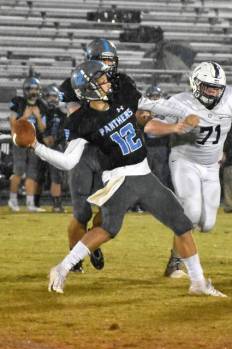 <p>Photos by Allen Earl | Claiborne Progress</p> <p>Caden Brunsma throws the ball during Cumberland Gap’s victory over the Bulldogs. He had limited success through the air but had four rushing touchdowns.</p> 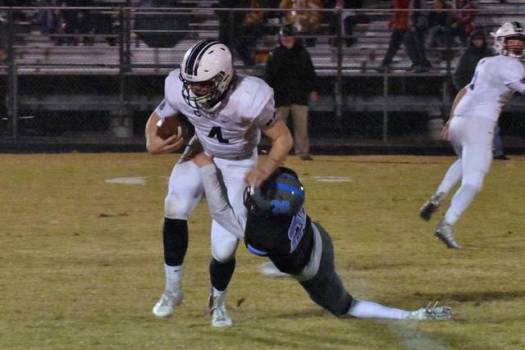 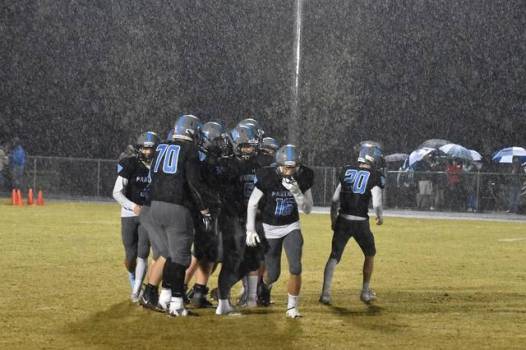 <p>The rain fell all game long and made conditions frustrating for players and fans alike.</p>

Oct. 25 was the date set aside for the 2019 River Rivalry game featuring Cumberland Gap and Claiborne High School. The Panthers were hosts this season, and the weather did not cooperate at all. A steady rain began falling earlier in the day and didn’t hardly let up any at all.

The Panthers were looking for their third win in a row and Claiborne was looking to stop the streak. The Panthers came into this game as a three-win team, and Claiborne had two wins of their own. The Bulldogs started off the season playing great, but conversely the Panthers started slow due to injuries. Lately, Cumberland Gap was trending up and the Bulldogs were struggling with injury to a couple key players.

Cumberland Gap got on the board first with an 11-yard QB keeper by Caden Brunsma. The snap on the point after was mishandled making the score 6-0. The score at 10:10 was the only one of the first quarter.

Brunsma added another score on a keeper, and Drew Ramsey kicked the PAT through the uprights, 13-0.

Claiborne drove the ball down the field and ended with a 3-yard rushing touchdown by Greg Goins at the 6:20 mark. The two-point conversion was ran in by Eli Stone making the score 13-8.

Cumberland Gap responded with a drive of their own ending in another Brunsma run, this time covering five yards. After Ramsey’s PAT, the Panthers led 20-8 and the half soon came to an end.

With rain still falling, the Panthers began the second half with a drive that resulted in a Ramsey 32-yard field goal — giving Cumberland Gap a 23-8 lead. The Panthers maintained a 15-point lead going into the fourth period.

Jimmy Del Ervin ran the wildcat style offense all the way to the end zone with a 25-yard run. Ervin then tried a two-point conversion play that was no good, but the Bulldogs had quietly pulled back into the game at 23-14.

The Panthers were looking for the knockout punch and got it with 4:49 left in the game. Brunsma scored his fourth touchdown of the game. Following another Ramsey PAT, the Panthers led 30-14. The remaining time ticked off the clock and the Panthers had won their third rivalry game in a row by the final score of 30-14.

Panthers head coach DeLynn Cline spoke about what it took to defeat the Bulldogs, “It was a complete team victory. We talked about taking care of the football because of the weather. (We had) zero fumbles and the only interception was at the end of the half. The offensive line really stepped up, and I thought we controlled the game with our running game. Logan Miracle and Caden Brunsma both ran the ball extremely well. I thought our defensive backs had a great game and our D-Line kept pressure on their QB all night. We obviously didn’t throw the ball very much, but the receivers did an excellent job blocking.”

The now 4-5 Panthers will play their final regular season game Nov. 1 against Rockwood on the road.

The 2-7 Claiborne Bulldogs will battle North Greene at home Nov. 1 to conclude their 2019 regular season.