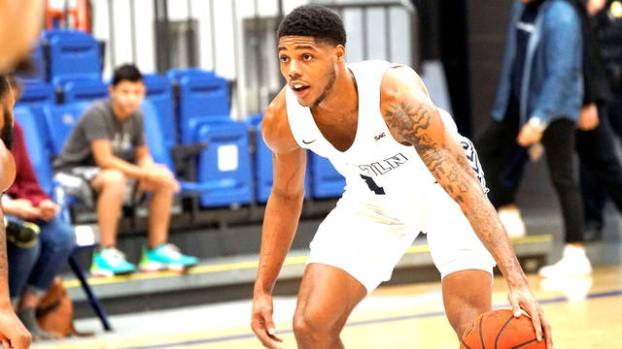 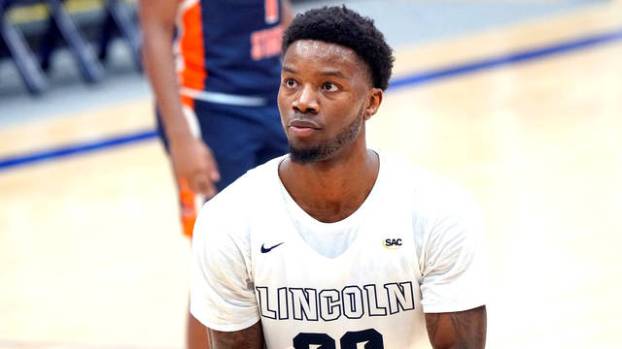 <p>Kamaran Calhoun steps up for a free-throw attempt during LMU’s 87-55 victory over Clayton State on Friday.</p>

The Railsplitters (3-1) got a career-high 36 points from sophomore guard Courvoisier McCauley and outscored the visiting Pacers (0-4) 36-20 down the stretch in the final game of the 2019 South Atlantic vs. Peach Belt Conference Challenge in Harrogate.

Once again using a stout second-half defensive effort, LMU held the Pacers, who received votes in the National Association of Basketball Coaches (NABC) Preseason Top 25, to 38.2 percent (26-of-68) shooting for the game.

McCauley began the Saturday tilt red-hot, scoring eight of the Railsplitters’ first 12 points as LMU went up 12-0 in the first 4:30 of the game. However, USC Aiken would go on an impressive 17-4 run over the following five minutes of play to take its first lead at 17-16. Neither team would be able to create more than a four-point separation for the remainder of the half with a McCauley three-pointer at the 1:07 mark giving the home team a two-point, 35-33 lead at the break.

Scoring the first four points of the second half, LMU held a 39-33 advantage after the first two minutes of second-half action thanks to a pair of free throws by redshirt sophomore guard Cameron Henry. That lead would vaporize over the next seven minutes of play as a three-pointer by Pacer guard Gus Rowland capped a 19-8 USC Aiken run and gave the visitors their largest lead of the day at 52-47.

A trey by junior guard Alex Dahling got the Railsplitters moving in the right direction before a corner three from McCauley gave LMU a 60-56 lead with 8:14 to go. A minute later, senior guard Anthony Brown would hit a jumper to put LMU back in front by six. Another Anthony Brown bucket kept the Railsplitters ahead by six with 5:09 left. However, a Pacer three-pointer and a jumper by USC Aiken guard Xzavier Barmore made it a one point game with 3:55 remaining.

Then McCauley took over, scoring 13 of LMU’s 16 final points and closing out the game with a pair of made free throws. An Anthony Brown lay-in and a Dahling free throw were the only other points scored during the Railsplitters’ game-clinching 16-6 run in the final four minutes.

McCauley’s 36 points are the most in a game by a Railsplitter since Trevon Shaw scored 36 at Newberry in December of 2017. He went 11-for-19 from the field and 5-of-11 from three-point land while making nine of his 10 free throws, grabbing five rebounds and collecting a team-best three steals.

Henry recorded his second-straight and third double-double of his career with 11 points and 10 rebounds, not to mention tallying a team-high five assists, as Anthony Brown scored 14 and claimed nine boards. Redshirt senior forward Rhondi Hackett was LMU’s fourth double-digit scorer with 11 points, four rebounds and a block.

Barmore scored a team-high 24 points on 9-of-21 shooting and dished out a game-best six assists for USC Aiken and forward Faison Brock notched a double-double with 15 points and 10 boards. The Pacers also got 13 points and six rebounds from Rowland.

Next weekend, the Railsplitters host Christian Brothers Saturday in a 2 p.m. tip-off, before welcoming Johnson University (Tenn.) to Harrogate on Nov. 19 for a 7 p.m. affair. LMU opens up SAC play Nov. 23 at Wingate.