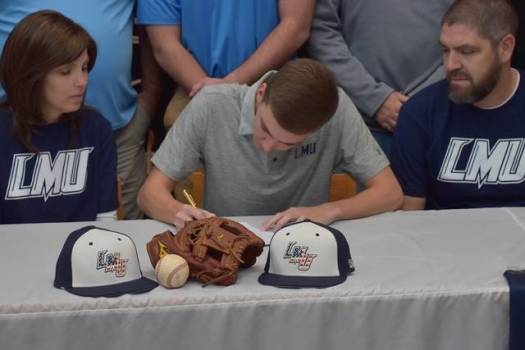 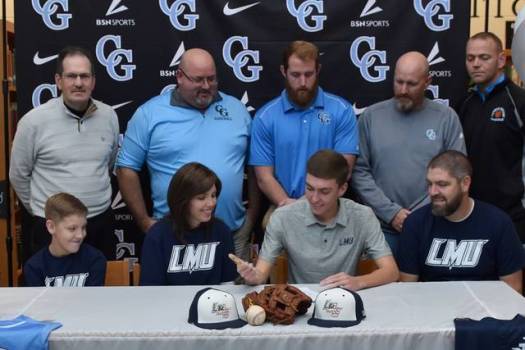 <p>Allen Earl | Claiborne Progress</p> <p>Brennan was joined by family and many others as he signed to play baseball with LMU.</p> 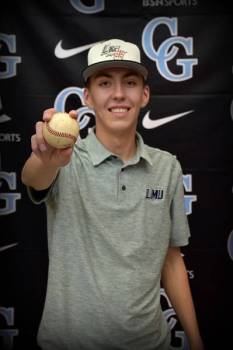 Brennan Murphy is a 6-7, 180 pound award winning right-handed pitcher at Cumberland Gap High School, and he just achieved a life-long dream by signing to play baseball at the collegiate level. Along with family, friends, coaches, media and school officials, Murphy placed the ink on the paper on Nov. 13 that made him a Railsplitter.

When asked what Lincoln Memorial University would be getting in Murphy, his current high school baseball coach Nate Hatmaker had this to say, “Brennan is a first class kid who has earned everything he has ever gotten. Nothing has been given to that kid. He’s as good as a pitcher that you could ever ask for. Ge pounds the strike zone and doesn’t walk many. He is equally a great person and I’m excited for him. We have him here this season, and he’ll be our ace. I look for him to finish every game he starts. He is our workhorse.”

Going to a local college was great for his family and friends. Parents, Jeff and Shelia, both said this about Brennan, “He has worked hard for this ever since he was three. We are happy to see his hard work pay off. Of course, it’s going to be nice to see him play close to home and represent Cumberland Gap.”

Murphy had other options as to which mound he would climb up on in college, but his decision to attend LMU seemed to be an easy one for him.

“I am excited. When LMU offered me this chance I thought it was such a great opportunity that I couldn’t pass up,” said the future Railsplitter.

When asked about what he expected of his senior season as a Panther he added, “Our goal is always a district championship, and I want to strive to be better, to never be satisfied. This is all just an indescribable feeling to me.”

Murphy has had a long list of help along the journey and he summed it up this way, “I want to thank God, all my coaches, my parents and family and anyone who ever helped me.”

Murphy has already won numerous awards, and he will most likely add to it this season as plays his final year wearing a Panthers uniform.