Bulldogs win two out of three at Hardee’s Classic 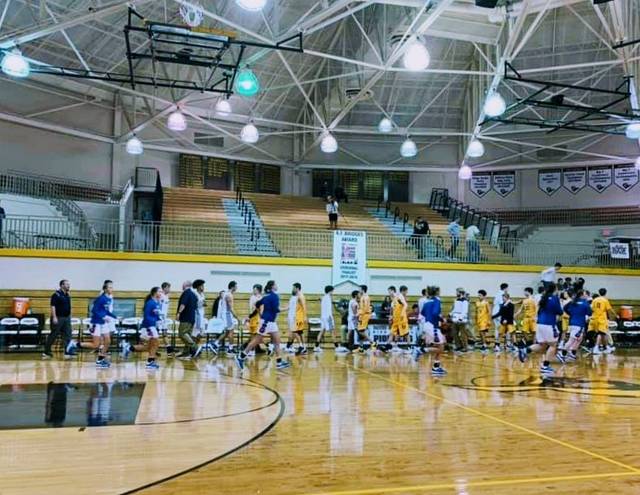 Claiborne High School took it’s boys basketball Bulldogs to the Davy Crockett High School campus to play in the Hardee’s Classic, November 25-30. The Bulldogs played three games ending with two wins and only one loss. The first game was a loss to Daniel Boone 66-62. Game two ended with a win over North Greene for the Bulldogs 65-50. The third game was against University High and Claiborne won that one 72-68.

During the Daniel Boone game freshman sensation Aiden Goins dropped in 21 to lead the Bulldogs with Kade Beeler having 19 and Daniel Atkins 14. Ethan Poore had four and two others had two points each, Evan Poore and Jacob Williams.

During the second game against North Greene Kade Beeler and Aiden Goins co-led the Bulldogs in scoring with 11. Blaine Caylor had nine, Jacob Williams had eight, Daniel Atkins had six, Zach Bailey had five and Ethan Poore had four. The total was completed by Evan Poore and his two points.

During the Bulldogs final game of the classic, Claiborne was led in scoring by Aiden Goins with 25, Daniel Atkins had 20, Kade Beeler had 10 as did Braden Williams. Jacob Williams recorded eight, Blaine Caylor had three and Ethan Poore had one point.

Bulldogs Head Coach Corey McGinnis said this about his team following the classic, “We played well together and the bench was excellent. We have to keep getting better at the fundamentals, playing together and maximizing possessions.”