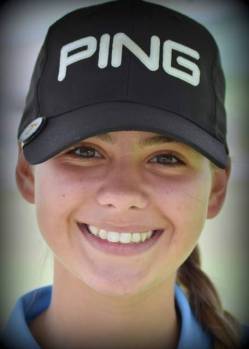 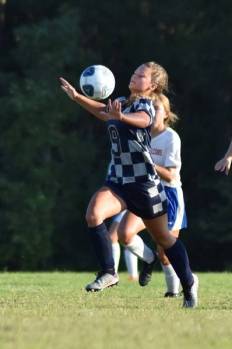 Downhour was the anchor to the Lady Panther’s golf team and she helped lead her team to back-to-back district and regional championships. She shot an 80 at district and a 71 at regionals and made the state tournament again.

When asked about how she felt about her season Downhour said this, “It was a good season. I just fell short at state. I didn’t play how I wanted to there for my last year.”

Her desire to do great at state made her feel like she left something on the table during her senior season but Downhour has lots of success to look back on.

“It felt great to win back to back as a team and three years in a row as an individual. I feel very accomplished with my high school career.”

Downhour has signed to play golf for Lincoln Memorial University.

Multi-sport athlete, Macie Sumner was impressive on the soccer pitch. Sumner had two exceptional performances with the first being against Volunteer, September 3. Sumner kicked in six goals during that game and even proved it was no fluke when 11 days later against Whitley County she did it again.

Sumner has a knack for finding the net and she is also the ultimate team player. Sumner helped her team to reach the district tournament and win the first tournament game in the history of the program.

Sumner spoke about her six goal efforts, “It was rewarding to see my hard work from practice show in the games. Coach Mustard challenged me before the season to score 30 goals by the end of the season and both he and Head Coach Jeff Sorke believed I could do it, so I didn’t want to let them down.”

Sumner added, “It takes a lot of hard work, but I couldn’t do it without my teammates working in defense and midfield to get the ball.”

Sumner finished the 2019 season with 37 goals and will have the chance to better her accomplishment in 2020.