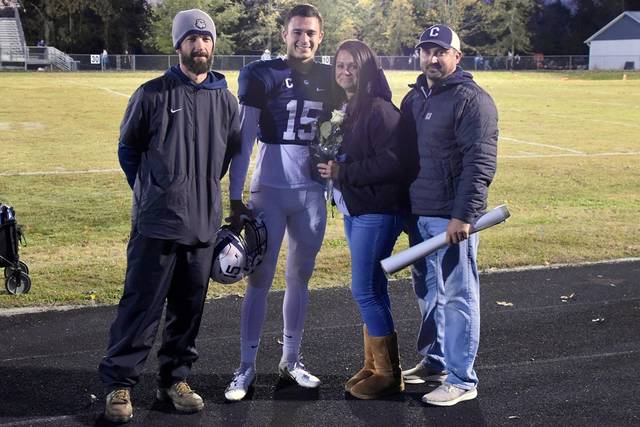 “We were all very excited to find out that Haydn made 3A all-state this year. I believe Haydn is one of the best, if not the best, wide receiver in the state, and even better young man. That is what makes this so special, I can remember my first year being in Tennessee, and a very lanky freshman coming to me and saying that he wanted to be the best wide receiver before he leaves, and man did he ever work his tail off to make that happen. He is going be a great asset to whichever school that he decides to go to next year. I am so excited and happy for him, but awards like these are nothing when you look at the young man he has become, and what he is going to be able to accomplish the rest of his life. I am so proud of him, and of what he stands for. He has gained so much respect by the way his character shows through in tough situations, by the way he is more than willing to help out someone in need, and the kids at Alpha School I am sure will miss him coming to read to them each week. Haydn is like another son to me and I am so happy for Haydn and his family, especially his little sister who might be his biggest fan.”