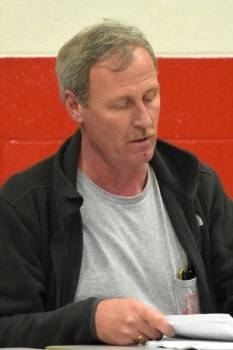 <p>Mayor Joe Brooks spoke about the charter and also about his veto or proposed quarterly reports.</p> 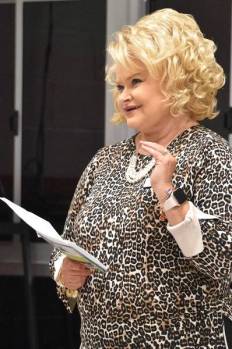 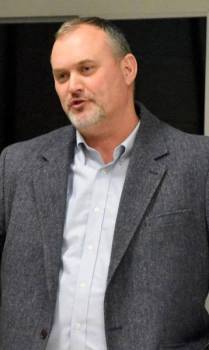 <p>Matthew Hill spoke about the new fiber service through PVEC.</p> 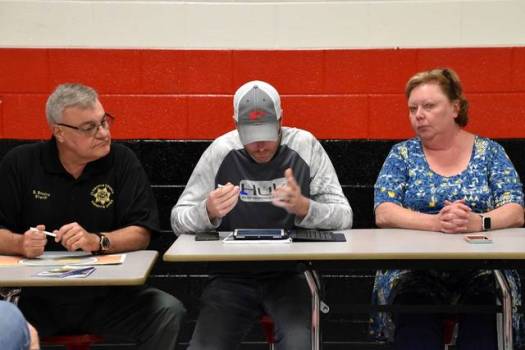 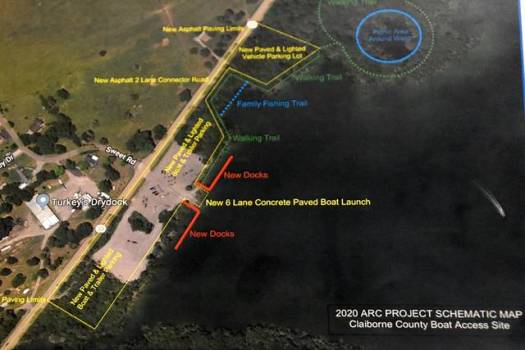 <p>Here is a photo of the proposed Brogan Straight launch area.</p> 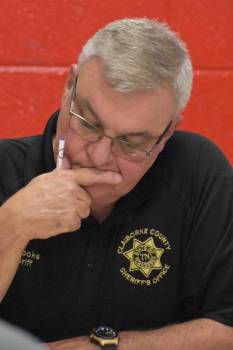 <p>Sheriff Brooks spoke about the good his department is doing for the community by getting drug dealers off the streets and more.</p>

Hill spoke of the new fiber service coming to portions of the county through PVEC and is currently being installed in the Lone Mountain Shores area.

Hill said, “The long-term plan is to install fiber on each meter pole. That is according to Randell Myers.”

Clark gave updates on what the CEP and the Chamber of Commerce are doing in the county and some highlights included the Boy’s and Girl’s Club, busing program for industrial workers from Hancock County, Industrial Park site confirmation process and grants, Graham-Kivett house update, Claiborne County Christmas at the Courthouse, tourism and Leadership Claiborne.

Clark spoke of the Boy’s and Girl’s Club, “We are getting a Boy’s and Girl’s Club at zero cost to Claiborne County.” She indicated that it was thanks to Walter State Community College and several businesses. “We know there’s a need to have one on the north side of the county and once established we will hopefully extend it out.”

Clark also told those in attendance that there has been $100,000 raised to start restoring the Kivett House and making it a Heritage Center for the county to help promote Claiborne County history.

Charter Representative Steve Cupp took the floor and said that there was work being done on getting the charter bullet points described in 200 words or less in front of the 2020 ballot where voters will have their voice on the charter matter. He reminded those attending that the charter can be read on the Claiborne County Election Commission website and the Claiborne Government official website.

Mayor Joe Brooks then took the floor and said, “I want to address a misconception that states the charter is just a takeover of our county; it’s a flat out lie. If you, the voters, approve this charter (pointing at a copy) this is how your government will work.”

He reminded everyone that the charter places term limits on the mayor, sheriff and county commission. He also said, “This is the biggest thing you will likely vote on locally during the 2020 election.”

Mayor Brooks then had this to say about his well-publicized veto choice, “The reason I am vetoing the proposed quarterly reports is that I want accountability at the district level. I want our commissioners to be involved in this. We have county reports that come out every month. It’s all in this packet and in black and white that anyone can go get.”

“Absolutely nothing is getting hid from you. I think commissioners should be demanding a record of what money is being spent on each road in their district.” Brooks added, “Anyone can go up to the courthouse each month and get this packet and if something isn’t in there that someone is interested in, he or she, may make a request through the Freedom of Information Act.”

Commissioner Kim Large took the floor and then spoke of why she voted to keep the $25 wheel tax. “The reason I voted to keep it was because it generates nearly $750,000 a year and I personally feel like our road department needed the help.”

She then added, “I know some will say it’s because my husband works with the department but it’s really not; I just feel like the department needs the help. I just don’t want to feel like I am being crucified for my statement about voting my conscience.”

Sheriff Bobby Brooks took the floor and spoke shortly on trying to keep the jail population under 200 and the drug issue in our county. Brooks said, “I’m making an impact on the drug dealers, but it seems like when we get one that two pops up. We are moving forward and I’m doing something you can be proud of.”

Brooks spoke about getting another canine but was very concerned with and spending most of his time trying to find a teenager that’s been missing.

Commissioner Nathan Epperson spoke about a Brogan Straight Expansion proposal and the good that it would bring the county in terms of revenue by bringing in bigger fishing tournaments and notified residents that they were trying to get grant assistance. The proposal will enlarge the boat launch area, provide a walking trail and include a picnic area for all residents to enjoy.

The final speaker was school board member Terry Keck. He updated those in attendance about Midway School and the improvements being made, “Midway has an all new computer lab open now and we are waiting on some dry weather to get a load of wood chips for the remodel of the playground area.

“Midway had two teachers honored with best teacher awards at the banquet and we are proud of them. I also want to address the sickness going around in our schools. I get calls every day wanting to know when we will let the schools out for this sickness going around. Today, we had a countywide sickness rate of 13 percent and the state requires 20 percent. I want the parents to know this.”

Keck also said he would look into getting the school replacement seats for those that are cracked and missing in the Midway cafeteria.

All in all, several topics were discussed and clarity was made on a few. The elected officials thanked those in attendance for coming and invited them to the commission meeting to be held a week later than normal, Jan. 27, due to the Martin Luther King Jr. holiday.